Stephen Bates of The UK Guardian reports on 19 October 2011--Alexander Crummell is not a name that resonates in any list of black pioneers but his story as the son of a former slave who became almost certainly the first black student to graduate from Cambridge University will be told tonight at a lecture in the university's Festival of Ideas.

The resurrection of the long-obscure 19th-century American student comes months after Cambridge and Oxford once again had to fend off accusations about low admission rates for students from ethnic minorities. In 2009, 15% of first-year undergraduates were from ethnic minorities, but none of the academic or laboratory staff at the university were black. 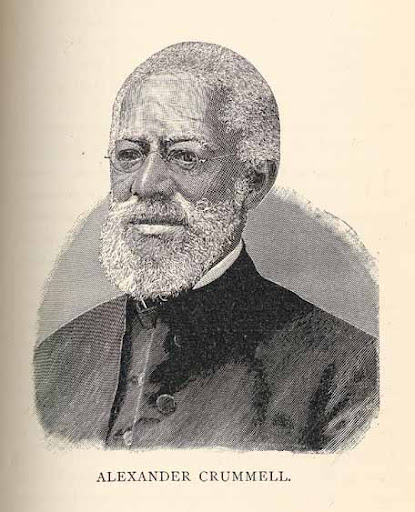 Although Crummell was perhaps not the first black student Cambridge had seen – a Jamaican man, Francis Williams, is thought to have studied there in the 1700s and a mixed-race violinist, George Augustus Bridgetower, had been awarded a music degree for a composition in 1812 – he is the first officially recorded in the university records as having studied and graduated.


His story will be told by Sarah Meer, a university lecturer and fellow of Selwyn College, at the English faculty. "He was immensely proud to have studied at Cambridge and said he had never felt free until he landed in Britain," Meer said.

The library at the Queen's College in Cambridge

Crummell, born and educated in New York, the son of illiterate parents, was sponsored by American Episcopalians and their English Anglican contacts and was admitted to Queens' College as a 30-year-old student, married with three young children, in 1848. The student fees, raised by his church supporters in the abolitionist movement, were even more eye-watering than they would be today: £3,000, perhaps the equivalent of £180,000.

He certainly experienced racism. Dons' diaries refer to the "woolly-haired undergraduate with a black wife and piccaninnies". But there was also sympathy too, when one of his children was killed in an accident. Crummell remembered being cheered by other students when he graduated, though a future archbishop of Canterbury, EW Benson, who was present, recalled one student calling out: "Three groans for the Queens' nigger." Benson claimed he had shouted out "Shame on you", and that he had led the cheers himself.

Crummell's modern obscurity, Meer thinks, is probably because he later espoused the idea, championed by some American white racists, of setting up the black African country of Liberia. He lived and worked there for a number of years, aiming to teach the inhabitants to become Christianised and Europeanised. "Crummell ended up on the wrong side. He was also quite a stern and difficult person, who fell out with his congregations because he believed they were not living moral enough lives and with his colleagues, who he felt infringed his dignity," she said. "Whether he was like that because of his personality, or his experiences, we will never be sure." (source: The UK Guardian)