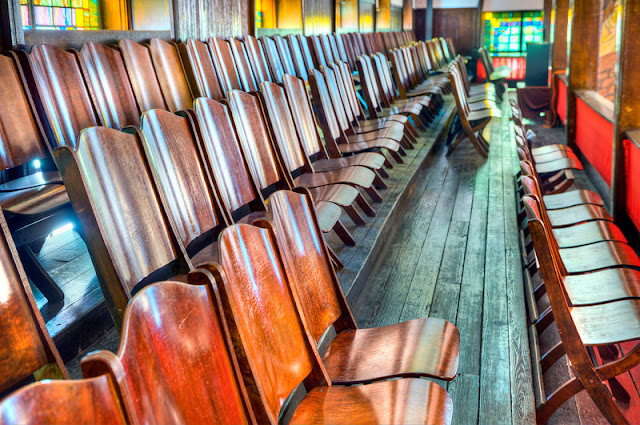 The Gothic Revival building that houses the Emanuel AME Church in Charleston is a testament to the determination of the church's congregation and earliest founders. The present day structure with its signature steeple was built in 1891, replacing an earlier wooden church from 1872 that was damaged in the Charleston Earthquake of 1886. Many of the brick and marble panels were restored between 1949 and 1951.

Documenting the American South--The roots of the Emanuel AME Church date back to 1816, when Morris Brown organized a withdrawal of the Charleston Methodist Episcopal Church's black members over a burial ground dispute. The newly-formed congregation quickly established themselves as an African Methodist Episcopal church, a denomination that was founded earlier in Philadelphia.

Brown was eventually jailed for violating laws restricting free and enslaved blacks from holding religious gatherings without white supervision. Then, after the first incarnation of the church was burned under a cloud of suspicion over a suspected slave uprising, the congregation continued to worship until 1834, when all-black churches became officially outlawed. After a period of underground worship, the church formally reorganized publicly in 1865 and adopted the Hebrew name Emanuel, meaning "God is with us".

The church is the oldest AME church in the South and has the oldest black congregation south of Baltimore, Maryland. (http://www.sciway.net/tourism/emanuel-ame-church.html)
Posted by Ron at 8:00 PM