Henrietta Lacks (1920-1951)
In the New York Times Book Review, from 2 February 2010, reviewer Dwight Garner writes: The woman who provides this book its title, Henrietta Lacks, was a poor and largely illiterate Virginia tobacco farmer, the great-great-granddaughter of slaves. Born in 1920, she died from an aggressive cervical cancer at 31, leaving behind five children. No obituaries of Mrs. Lacks appeared in newspapers. She was buried in an unmarked grave.
To scientists, however, Henrietta Lacks almost immediately became known simply as HeLa (pronounced hee-lah), from the first two letters of her first and last names. Cells from Mrs. Lacks’s cancerous cervix, taken without her knowledge, were the first to grow in culture, becoming “immortal” and changing the face of modern medicine. There are, Ms. Skloot writes, “trillions more of her cells growing in laboratories now than there ever were in her body.” Laid end to end, the world’s HeLa cells would today wrap around the earth three times. 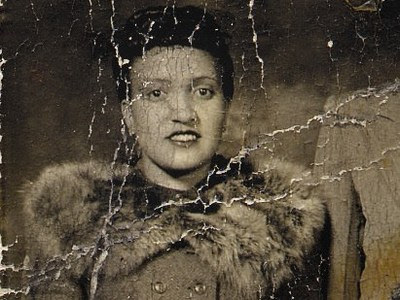 Because HeLa cells reproduced with what the author calls a “mythological intensity,” they could be used in test after test. “They helped with some of the most important advances in medicine: the polio vaccine, chemotherapy, cloning, gene mapping, in vitro fertilization,” Ms. Skloot writes. HeLa cells were used to learn how nuclear bombs affect humans, and to study herpes, leukemia, Parkinson’s disease and AIDS. They were sent up in the first space missions, to see what becomes of human cells in zero gravity.
Bought and sold and shipped around the world for decades, HeLa cells are famous to science students everywhere. But little has been known, until now, about the unwitting donor of these cells. Mrs. Lacks’s own family did not know that her cells had become famous (and that people had grown wealthy from marketing them) until more than two decades after her death, after scientists had begun to take blood from her surviving family members, without their informed consent, in order to better study HeLa. 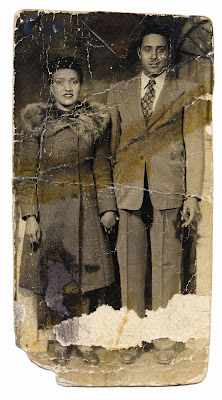 Ms. Skloot, a young science journalist and an indefatigable researcher, writes about Henrietta Lacks and her impact on modern medicine from almost every conceivable angle and manages to make all of them fascinating. She reports, for example, on the history and science of cellular research, about its pioneers and its calumnies. But “The Immortal Life of Henrietta Lacks” resonates most as a complex and vital human document and a searching moral inquiry into greed and blinkered lives.
Ms. Skloot tells the story of Mrs. Lacks’s life, from those tobacco fields in small-town Clover, Va., to the “colored” ward of Johns Hopkins Hospital in Baltimore in the 1950s, where she was treated for her cancer, and where her cells were harvested. She follows the members of Mrs. Lacks’s family to East Baltimore, where many of them live today, still struggling with her complicated legacy. As one of Mrs. Lacks’s sons says: “She’s the most important person in the world, and her family living in poverty. If our mother so important to science, why can’t we get health insurance?” 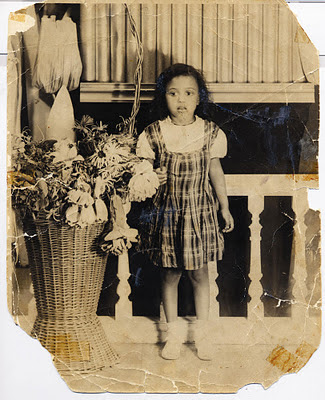 Elsie Lacks, Henrietta's older daughter
“The Immortal Life of Henrietta Lacks” is packed with memorable characters, from quirky if brilliant early researchers to Nobel Prize-winning Nazi sympathizers to long-haired Rolling Stone reporters in the 1970s to a con artist known as Sir Lord Keenan Kester Cofield. (Just when you think things can’t get weirder, Judge Joseph Wapner — the “People’s Court” television judge — makes a cameo.)
Ms. Skloot is a memorable character herself. She never intrudes on the narrative, but she takes us along with her on her reporting, as she moves around the country in her battered, muffler-free black Honda. Her most complicated job is to get Mrs. Lacks’s family, who are tired of white people trying to pry information from them, to speak with her. She does eventually win them over. And Mrs. Lacks’s daughter Deborah is dead-on when she says to Ms. Skloot: “Get ready, girl. You got no idea what you gettin’ yourself into.”
Ms. Skloot writes with particular sensitivity and grace about the history of race and medicine in America. Black oral history, she points out, is full of stories about “night doctors,” men who could pluck black patients off the streets to experiment on their bodies. There was some truth behind those tales. 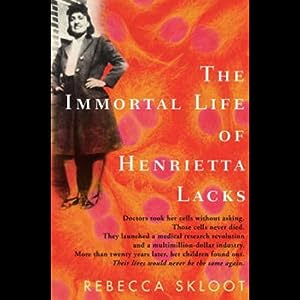 The author traces events like the infamous Tuskegee syphilis study, in which poor and uneducated black men with syphilis were recruited and then allowed to die terrible and entirely preventable deaths, while doctors lied to them and kept life-saving penicillin from them. Ms. Skloot makes it abundantly clear why, when Henrietta Lacks’s family learned that her cells were still living, the images that ran through their minds were straight out of science-fiction horror movies.
Mrs. Lacks had another daughter, Elsie, who was deaf and mute and possibly retarded. Elsie was shipped off at a young age to Crownsville State Hospital in Maryland, formerly known as the Hospital for the Negro Insane, and died there at 15. Perhaps the most devastating moment in this book comes when Ms. Skloot, along with Deborah, finds a grim photograph of Elsie in the hospital’s records and uncovers some of the horrors of what life there must have been like.
“The Immortal Life of Henrietta Lacks” is also, from first page to last, a meditation on medical ethics — on the notion of informed consent, and on the issue of who owns human cells. When they’re in your body, it’s obvious — they’re yours. But once they’ve been removed? All bets are clearly off. (source: The New York Times) 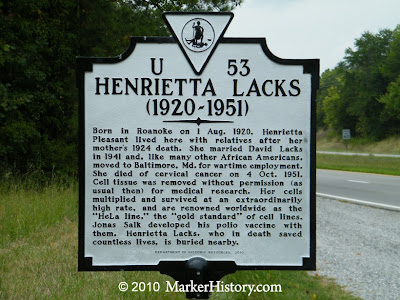