Mightier Than The Sword: “Uncle Tom’s Cabin” and the Battle for America 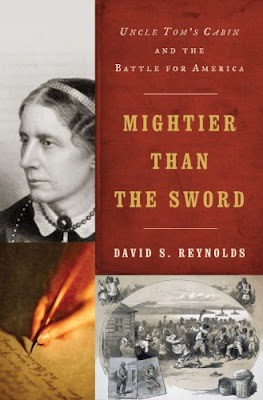 .
From the New York Times Book Review on June 24, 2011, "The Impact of ‘Uncle Tom’s Cabin’" reviewed by Andrew Delbanco:

No less an authority than Leo Tolstoy included “Uncle Tom’s Cabin” on his short list of “examples of the highest art flowing from love of God and man.” Fifty years later, James Baldwin called the same book a “very bad novel” full of “excessive and spurious emotion.” What goes on here? The question belongs in the present tense because it is by no means settled.

There’s nothing unsettled, however, about “Mightier Than the Sword,” David S. Reynolds’s informative account of the writing, reception and modern reputation of “Uncle Tom’s Cabin.” Reynolds unstintingly celebrates its author, Harriet Beecher Stowe, as a colossal writer who mobilized public opinion against slavery, and proved, against long odds, “a white woman’s capacity to enter into the subjectivity of black people.”

The novel began to germinate in Stowe’s mind while she was living in Cincinnati in the 1830s and ’40s, where she met fugitive slaves who had escaped through or from Kentucky, and where, as Reynolds puts it, “she loved spending time in the kitchen with servants like the African-American Zillah.” In the spring of 1850, having moved to Maine, where she followed the Congressional debates over a proposed new law that would deny fugitive slaves basic rights while imposing new penalties on anyone harboring them, she wrote to a magazine editor that “the time is come when even a woman or a child who can speak a word for freedom and humanity is bound to speak.” The result was a series of fictional sketches of slaves under physical or psychological assault — among them, the beautiful Eliza, who escapes from bounty hunters by leaping from ice floe to ice floe across the Ohio River with her baby in her arms; the brooding Cassy, who belongs to the brutal Simon Legree; and Tom himself, whose gentleness and generosity grow apace as he is sold farther and farther south, eventually to Legree, who torments and tortures him before ordering his overseers to beat him to death. 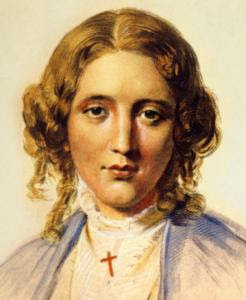 When the magazine pieces were gathered and published in 1852 as “Uncle Tom’s Cabin; Or, Life Among the Lowly,” the first print run was 5,000. Within a year, the book had sold 300,000 copies in America, and over a million in Britain. As Reynolds points out, a contemporary periodical noted that the number of people who encountered the story may have been 10 times the number who bought the book — since it came out in an era when reading aloud was a common practice among family and friends.

If ever there was a publishing event to prove the principle that timing is everything, “Uncle Tom’s Cabin” was it. On both sides of the sectional divide the timber was dry — and Stowe struck the igniting spark. In the North, Frederick Douglass rejoiced that she had “baptized with holy fire myriads who before cared nothing for the bleeding slave.” In the South, her indictment of slavery through the odious figure of Legree was likened to a “malignant” attack on the institution of marriage, as if she had chosen a wife-beater to represent “the normal condition of the relation” between loving spouses.

A decade after the book appeared, Abraham Lincoln is said to have received Stowe at the White House with the greeting, “Is this the little woman who made this great war?” No one knows if Lincoln really said that, and as the historian David Potter once put it, “history cannot evaluate with precision the influence of a novel upon public opinion.” But Reynolds is sure that the influence of “Uncle Tom’s Cabin” was immense.

Not only, he says, had Stowe “paved the way” for Lincoln’s election, but after her death she may have helped Lenin, who admired her novel, evade the czar’s agents by escaping from Finland over “the breaking ice of the moderately frozen Orfjarden Sound.” Through stage versions of the novel, she helped Henry James develop a sense of “human feelings as performative and theatrical.” Through Chinese and Portuguese translations, she inspired anticolonialism in China and emancipation in Brazil, and she taught the advertising firm J. Walter Thompson how “great masses of people can be influenced through their emotions.”

Reynolds is a rewarding researcher. He illuminates the innumerable “Tom shows” that became a staple of American popular entertainment, as well as the use of Uncle Tom’s image to sell jigsaw puzzles, dolls, card games, stockings and — grotesquely enough — licorice. He identifies stage and screen stars who accepted (Betty Grable, Judy Garland) or refused (Lena Horne, Paul Robeson) roles based on Stowe’s characters. One film performance is surely still worth watching: Little Eva — the angelic white girl who dies after befriending Tom — as played by Lou Costello. 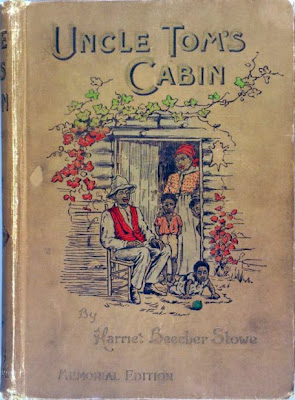 Reynolds has insightful things to say about Stowe’s efforts “to present Southerners as favorably as possible” even as she excoriated their peculiar institution. And in surveying Uncle Tom’s postpublication career, he makes a number of striking points. He suggests, for example, that it may have been Frederick Douglass who first used the term “Uncle Tom” as a pejorative epithet denoting the shuffling docility of a submissive black man, and he traces the ups and downs of the novel’s reputation — high in the Civil War years, low during much of the 20th century, when the romanticized account in Margaret Mitchell’s “Gone With the Wind” (1936) largely supplanted Stowe’s version of the antebellum South. Today, Reynolds says, “Uncle Tom’s Cabin” is again “one of the must-reads of American literature.”

s such, it is a challenging book with which to come to terms. In my experience, students can be embarrassed by it. They recognize it as a valuable document for understanding the history of what we now call the “conversation” about race in America. In response to the prevailing view of black people as inferior beings (a view long held in the North as well as the South), it lifted its black characters to the status of impossibly virtuous victims — just the elevation that James Baldwin felt was a kind of contempt. When Baldwin called Stowe less a novelist than an “impassioned pamphleteer,” he meant, in part, that her characters don’t seem capable of selfishness as well as self-sacrifice, or of pettiness and jealousy along with piety and wisdom. In short, they don’t seem human. Reynolds calls Baldwin’s a “blinkered critique,” though he concedes that Stowe trafficked in the clichés of “romantic racialism” while reminding us, fairly enough, that what now seems “like racial stereotyping” was “progressive” in her day. 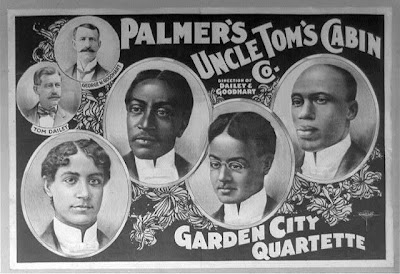 Still, we are left at the end of this book with the unsettling question of how to think about “Uncle Tom’s Cabin” as part of our cultural inheritance. The case for it as a literary work of depth and nuance is dubious. Yet it belongs to the very short list of American books (including, say, “The Other America” by Michael Harrington and “Silent Spring” by Rachel Carson) that helped create or consolidate a reform movement — in Stowe’s case, the most consequential reform movement in our history. Perhaps the fact that readers today have trouble taking seriously its heroes and villains is a tribute to its achievement — since, in some immeasurable way, it helped bring on the war that rendered unimaginable the world that Stowe attempted to imagine.