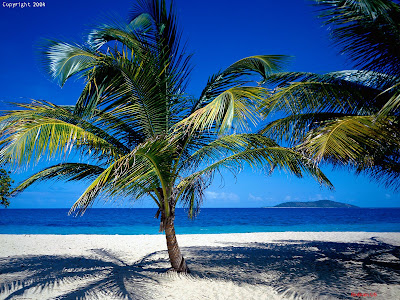 The 31st of March is recognized every year as "Transfer Day" in the United States Virgin Islands. This day commemorates an event that occurred over eight decades ago, when the Danish West Indies were formally ceded to the United States by Denmark; thus, becoming the U.S. Virgin Islands, in exchange for twenty-five million dollars. The United States' interest in the Virgin Islands was primarily for their strategic location, while any economic benefits were secondary. The islands represented a much needed foothold in the Caribbean for the American navy, and later were looked toward as a base to guard the Panama Canal. American negotiations with the Danish government can be characterized as ones of strategic diplomacy. All offers of proposed purchase came on the heels of American military conflicts.
American interest in the Virgin Islands dates back to as early as the mid-1860's. At the eve of the Civil War, budding American imperialism, and the need for a Carribean naval base, prompted Secretary of State William H. Seward to begin to investigate the islands as a possible coaling station for U.S. naval and merchant vessels. On October 24, 1867, after nearly two years of extensive negotiation and a visit to the islands by Seward, himself, the Danish government ratified a treaty, in which Denmark would cede the islands of St. Thomas and St. John to the United States. The price was to be seven and a half million dollars in gold, provided the treaty received the consent of the islands’ population. Unfortunately, within a year the islands were visited by a hurricane, an earthquake, a tsunami and a fire.

The tsunami was so severe that it left the steamer, the U.S.S. Monogahela , Commodore Bissel, and its crew, stranded on the Frederiksted wharf. However, for more than two years the treaty failed to receive the ratification of the United States Congress in response to the wave of natural disasters, the imperialistic overtones of the treaty, and concerns over the possible impeachment of President Andrew Johnson.
By the end of the Spanish American War, Secretary of State John Hay expressed renewed interest in the Virgin Islands to the Danish government. Beginning on January 29, 1900, and over another two years a new treaty was negotiated, in which the Danish government would cede the islands of St. Thomas, St. John and St. Croix to the United States for the sum of five million dollars. The treaty was ratified by the U.S. Congress. However, the Danes returned the thirty year-old diplomatic insult, and neither house of the Danish legislature ratified the treaty. 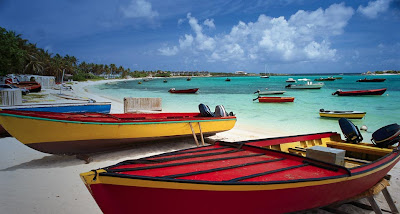 Subtle efforts to negotiate the purchase of the Virgin Islands by the United States continued after the failure of the Treaty of 1902. However, by 1915 American interest had become heightened by fears of the impending crisis in Europe. The General Board, headed by Admiral Dewey informed Secretary of State Robert Lansing, that the purchase of the islands would not be advantageous as the site of an American naval base in light of the recent acquisition of Puerto Rico, but that the purchase would be wise in order to deter any other power from gaining bases in the Caribbean. Dewey, felt that this tactical defense of the Panama Canal was just politically by the Monroe Doctrine and by increased German efforts to consolidate the islands through commercial, diplomatic or perhaps even military means. 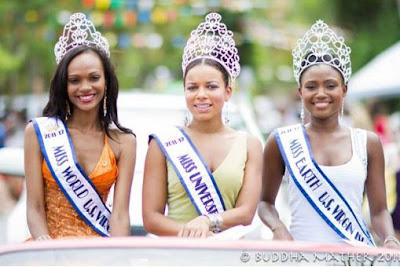 In March of 1916, Secretary Lansing sent a drafted treaty to the Danish Ambassador in Copenhagen Dr. Maurice Egan, offering twenty-five million dollars in gold coins for the islands, with instructions to deliver the proposal to the Danish government. On August 14, 1916, at the Biltmore Hotel in New York City, a revised treaty was signed by Danish Minister Constantin Brun and Secretary of State Lansing. The U.S. Senate approved the treaty on September 7, 1916 and by December 21, 1916 the Danish Rigsdag had approved the treaty as well. Finally, on January 17, 1917 the treaty ratifications were exchanged and the treaty finalized. 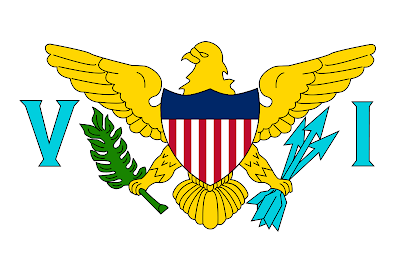 The official transfer of the Danish West Indies to the United States did not occur until 4:00 PM on March 31st, 1917, when a formal ceremony was held in the islands. At the State Department a U.S. Treasury Warrant for twenty-five million dollars was given to Danish Minister Brun.
Posted by Ron at 11:51 AM