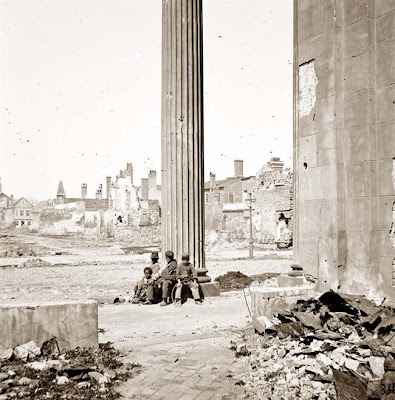 The Post and Courier article, "Slaves Started Memorial Day," published on May 27, 2010, by Brian Hicks  --  Charleston was in ruins.

The peninsula was nearly deserted, the fine houses empty, the streets littered with the debris of fighting and the ash of fires that had burned out weeks before. The Southern gentility was long gone, their cause lost.

In the weeks after the Civil War ended, it was, some said, “a city of the dead.”

On a Monday morning that spring, nearly 10,000 former slaves marched onto the grounds of the old Washington Race Course, where wealthy Charleston planters and socialites had gathered in old times. During the final year of the war, the track had been turned into a prison camp. Hundreds of Union soldiers died there. 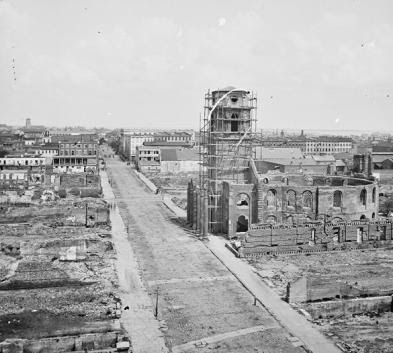 For two weeks in April, former slaves had worked to bury the soldiers. Now they would give them a proper funeral.

Soon, their voices would give way to the sermons of preachers, then prayer and — later — picnics. It was May 1, 1865, but they called it Decoration Day.

On that day, former Charleston slaves started a tradition that would come to be known as Memorial Day. 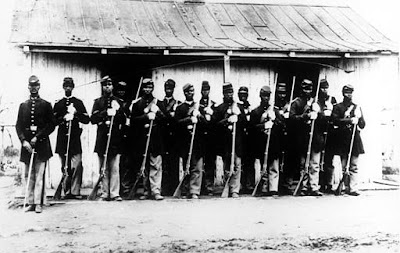 For years, the ceremony was largely forgotten.


It had been mentioned in some history books, including Robert Rosen’s “Confederate Charleston,” but the story gained national attention when David W. Blight, a professor of American history at Yale, took interest. He discovered a mention of the first Decoration Day in the uncataloged writings of a Union soldier at a Harvard University library.

He contacted the Avery Research Center in Charleston, which helped him find the first newspaper account of the event. An article about the “Martyrs of the Race Course” had appeared in the Charleston Daily Courier the day after the ceremony. Blight was intrigued and did more research. He published an account of the day in his book, “Race and Reunion.” Soon he gave lectures on the event around the country. 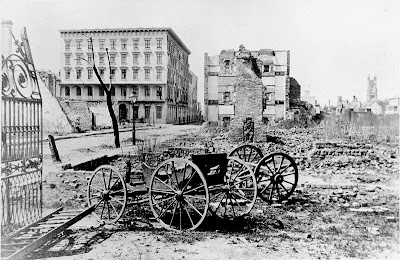 “What’s interesting to me is how the memory of this got lost,” Blight said. “It is, in effect, the first Memorial Day and it was primarily led by former slaves in Charleston.”

While talking about the Decoration Day event on National Public Radio, Blight caught the attention of Judith Hines, a member of the Charleston Horticultural Society. She was amazed to hear a story about her hometown that she did not know.

“I grew up in Charleston and I never learned about the Union prison camp,” Hines said. “These former slaves decided the people who died for their emancipation should be honored.”

Hines eventually wrote a history of Hampton Park — the site of the former Race Course — as part of the society’s “Layers of the Landscape” series, and included the story. Since then, she has advocated public recognition of the event.

It is a story, she said, that needs to be told.

Songs for the Martyrs 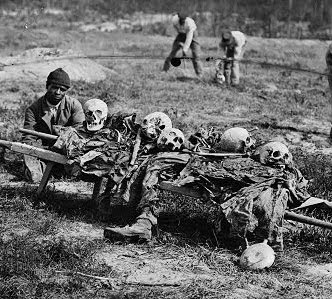 The cemetery had been built on the grounds of the Race Course by two dozen men, groups that identified themselves as the “Friends of the Martyrs” and the “Patriotic Association of Colored Men.”

On the track’s infield, they built a 10-foot fence and dug 257 graves. Most of the soldiers who died at the Race Course prison had been malnourished or exposed to the elements too long to survive. They had been buried together in shallow graves, without coffins, behind the judge’s stand.

The efforts to bury them were coordinated by freed slaves and missionaries and teachers working with the freedmen’s relief associations, primarily a Scot James Redpath. They did all the work in 10 days, and called these dead soldiers “The Martyrs of the Race Course.”

The exercise on May 1, the Charleston Daily Courier reported, began with the reading of a Psalm. The crowd sang a hymn, then prayed. Everyone in the procession carried a bouquet of flowers.

The children strew flowers on the graves as they walked past. After “John Brown’s Body,” they sang “The Star Spangled Banner,” “America” and “Rally Round the Flag.” By the end, the graves looked like a massive mound of rose petals.

These former slaves were joined by several Union regiments, including the 104th and 35th “colored regiments,” as well as the famous 54th Massachusetts. These companies marched around the graves in solemn salute.

After the picnic, the crowd drifted away at dusk. They had spent the entire day at the new cemetery.

A year later, Waterloo, N.Y., celebrated what has been credited as the first Decoration Day. Soldiers were honored, their graves decorated with flowers, much like what had occurred in Charleston. A tradition began. Within 20 years, the name of this holiday would be changed to Memorial Day.

In 1868, Confederate Memorial Day got its start. The two holidays were kept separate, allegedly because Southerners did not want to celebrate a holiday to honor Union soldiers. Blight said the tradition of remembering soldiers and decorating their graves likely began during the war, when women visited battlefields after the fighting had ended.

For the rest of the 19th century, Decoration Day and Confederate Memorial Day existed as separate holidays, perhaps a symbol of the country’s lingering divide. The two holidays were combined and designated a federal holiday in the 20th century.

By then, the martyrs of the Race Course were gone. Their graves were moved to Beaufort National Cemetery in the 1880s, and remain there today.

A few years ago, the city of Charleston and the state approved plans for a historical marker in Hampton Park to honor the first Dedication Day. Blight has said the site is perhaps even worthy of National Park status.

Harlan Greene, director of archival and reference services at Avery, said the time is right; Charleston has begun to recognize its African-American history.

“We’re approaching a tipping point,” Greene said. “The irony of the story is that Charleston is the cradle of the Confederacy, but the memorial was for Union soldiers. It shows the richness of Charleston history.”

So far, no plaque has been set, but Hines continues to push for it. Maybe next May 1, she said. (source: http://www.lawattstimes.com/component/content/article/52-featured/1849-slaves-started-memorial-day.html)