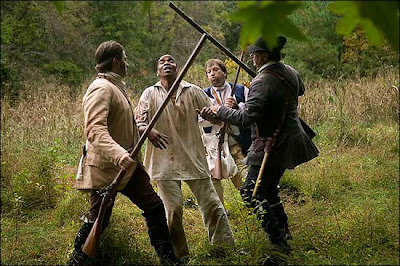 Barry Ray of Florida State University News writes, The program, "Slave Catchers, Slave Resisters," takes a look at a little-known aspect of the United States' ignominious history of slavery -- the brutal system of slave patrols that existed from the 1700s through the Civil War, and that helped give rise to the Ku Klux Klan during Reconstruction.
Much of the information in "Slave Catchers, Slave Resisters" is culled from "Slave Patrols: Law and Violence in Virginia and the Carolinas," a book published in 2001 by Sally E. Hadden. Hadden, an associate professor of history at FSU, was interviewed extensively for and appears in the documentary.
"Someone at the History Channel read my book and decided there was a story here," said Hadden, explaining how she came to be involved with the documentary in 2004. A production company was contacted, a "treatment" outlining the program was prepared, and the decision to move forward with "Slave Catchers, Slave Resisters" ultimately was made. 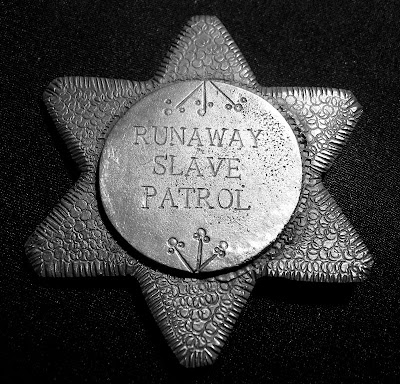 "I went in and did about five or six hours of taping with them in August of last summer," Hadden added. Excerpts from those interviews appear prominently in the documentary.
In her book, Hadden analyzes the public regulation of slavery in Virginia and the Carolinas, focusing on the slave patrols that existed between roughly 1700 and 1865. The patrols were formed in response to white Southerners' fears of lawlessness and even insurrection on the part of the slaves, who outnumbered whites by almost two to one in some areas.
Such fears were based in part on real events such as the Stono Rebellion of 1739, in which dozens of slaves, most armed with knives and guns and drunk, set out from Stono, S.C., for freedom in Florida, murdering more than two dozen whites along the way. All of the slaves who willingly participated in the rebellion were either killed that day or later captured and executed.
Hadden shows how this and other rebellions led to a sense of paranoia that manifested itself in the form of ever-increasing restrictions on slaves throughout the South. Laws were passed requiring white males from each community to serve on armed slave patrols, which had the authority to enter slave owners' plantations without a warrant to monitor the activities of slaves; to stop unaccompanied slaves anywhere and require them to produce identification passes; and even to inflict violence, without penalty, on any slave found to be breaking the law.
"The relationship between master and slave was not the only nexus of violence," Hadden said, since "the state - through patrols - played an important role in legitimizing and using violence against slaves. Violence wasn't confined simply to slave masters, as most people think." 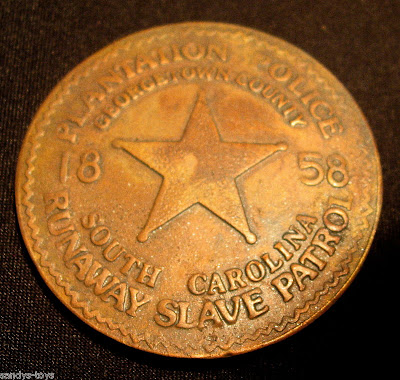 While much of "Slave Catchers, Slave Resisters" describes the system of slave policing, the documentary also looks at another often-overlooked aspect of the era - the strength and ingenuity of the enslaved. In the South, bounty hunters sometimes lost against the intelligence and fight-to-the-death courage of the runaway slaves they sought to recapture. And in the North, slave catchers sometimes were defeated by an organized and armed free black community. While the historical record doesn't contain many personal accounts by runaway slaves of their experiences, the documentary's producers did take pains to tell the slaves' stories of courage through the use of dramatic reenactments, archival material and interviews with scholars.
"Slave Catchers, Slave Resisters" closes in the aftermath of the Civil War, as the newly freed people work to build communities, farms, schools and churches. But the system of slave patrols had not disappeared entirely - it was soon reborn during Reconstruction in an even more violent form: the Ku Klux Klan. 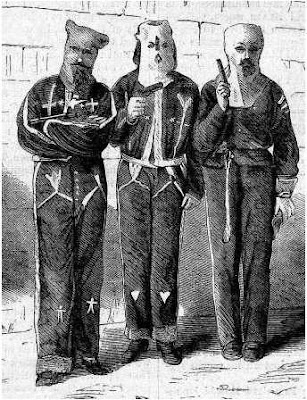 "The Klan was an extension of slave patrols in most direct, obvious ways," said Hadden. "They've changed the names from patrols to Klan, they've put on sheets, but the activities and the purpose remain pretty much the same."
A member of FSU's history department since 1995, Hadden has taught on early and Revolutionary America and the Old South. She is currently working on a book that documents the cultural history of the legal system in 18th century America, focusing on the legal communities in Philadelphia, Boston and Charleston, S.C. (source: FSU News)