Jessamy Calkin of the UK Telegraph writes, "The maid's tale: Kathryn Stockett examines slavery and racism in America's Deep South." As a [white] child in America’s Deep South in the 1970s, Kathryn Stockett was not really aware of the racial divides around her. Now she has written a novel about the community in 1960s Mississippi from the point of view of the black servants. 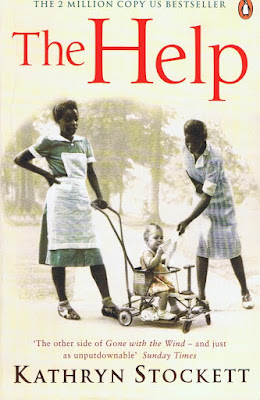 The British cover to Kathryn Stockett’s novel The Help – about the experiences of black maids in Mississippi in the early 1960s – is a period photograph of a little white girl in a pushchair flanked by two black women in starched white uniforms – the 'help’ of the book’s title.
The photograph, which was found in the National Congress archives, was deemed too controversial to be used on the American cover. The spectre of racism in the South is still raw and political correctness works overtime.

When Stockett was first shown the photograph, which was inscribed Port Gibson, Mississippi, she sent it to a friend of hers, who, in turn, forwarded it to his mother. Back came the reply, 'Why, that’s just little Jane Crisler Wince on the corner of Church Street – she had two maids – her family owns the local paper…’ Stockett was thrilled with this information. 'That the whole South is just one small town, and we pass each other in the grocery store every day is a myth I love to perpetuate,’ she says.

The Help took five years to write, got at least 45 rejection letters from agents, and when finally published went straight into the American bestseller lists. It has sold a quarter of a million copies so far in the US, and is still selling briskly.

The book is set in Jackson, Mississippi, just before the Civil Rights Act was passed in 1964. There are three narrators: the wise and serene Aibileen, who works for the Leefolt household, bringing up their little daughter Mae Mobley; Minny, Aibileen’s feisty friend, the best cook in town, who is prone to losing her job because of her big mouth; and tall, skinny Miss Skeeter, so called because of her resemblance to a mosquito when she was a baby, a white Southern belle with ambitions to be a writer. 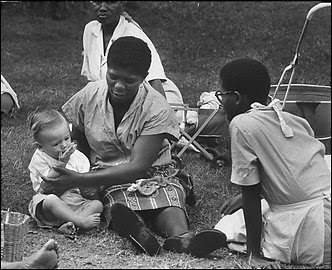 Skeeter is disturbed when she hears her friends in the Junior League (a sort of American women’s institute that does charitable works) discussing their latest project, the Home Help Sanitation Initiative, which decrees that all domestic help should have separate lavatories outside the house, in order not to spread disease.

Skeeter decides to cross the divide and write a book, based on the experiences of the maids, an anonymous oral history, but most are too frightened to take part – this was a time when domestic help could be fired at the drop of a hat, when one word from a powerful white employer could put them in jail for 'stealing’, when a young gardener was beaten nearly to death for using the wrong lavatory at the golf club. The endemic racism that the book describes is so casual in its cruelty and indifference that it is profoundly shocking to realise that the time it describes was only 45 years ago.

It’s a risky thing to do – being white and well off – to write in a black voice, especially writing in the vernacular. The dialect Stockett employs is like another language; it is a clever act of ventriloquism, which draws you completely into a world of okra and fried chicken and peach cobbler, but a world with menacing undertones. It is history on the cusp of change, and Stockett has captured the unique complexities of the relationships between white women who will entrust the upbringing of their babies to someone with whom they will not share a bathroom. In the book Aibileen always leaves the families she works for as soon as the child she’s looking after starts to see her in a different light. 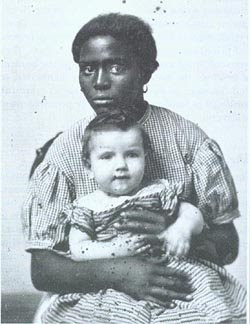 'I want to stop that moment from coming – and it come in ever white child’s life – when they start to think that coloured folks ain’t as good as whites.’ (source: UK Telegraph, by Jessamy Calkin)