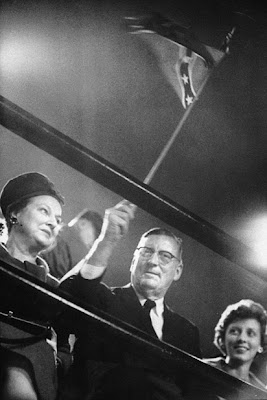 Ross Barnett had no patience for the muted methods of the Commission. He envisioned an overt and expanded role for the agency, and under his direction, the Commission initiated a Speakers Bureau to travel the nation presenting the Mississippi perspective.

Kevin Sack of The New York Times reported on March 18, 1998: JACKSON, Miss. -- After a 21-year court fight, the state of Mississippi on Tuesday unsealed more than 124,000 pages of previously secret files from a state agency that used spy tactics, intimidation, false imprisonment, jury tampering and other illegal methods to thwart the activities of civil rights workers during the 1950s, '60s and early '70s. 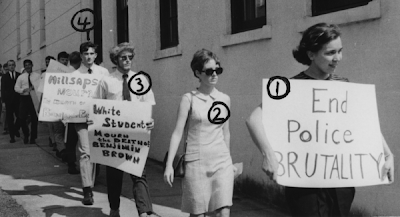 Millsap students protest the death of Jackson State University student Ben Brown. May 11, 1967. The students were photographed and identified for the Mississippi Sovereignty Commission (source: State of Mississippi)

Like an eerie journey into a shadowy past, the files of the Mississippi State Sovereignty Commission provide a profoundly unsettling reminder of the state's determination to maintain a segregated society. 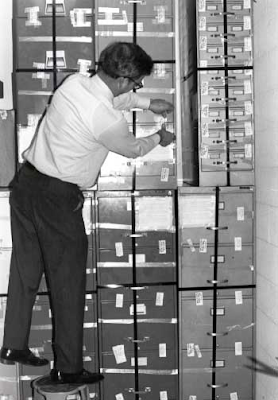 Sealing Mississippi Sovereignty Commission files in 1977 (source: State of Mississippi)
The commission's investigators made note of the pigmentation, associations, religious beliefs and sexual proclivities of the civil rights workers they tracked. They jotted down the license plate numbers of cars parked at civil rights meetings and peeked into bank accounts. Informants, many of them black Mississippians, reported to the commission about plans for marches and boycotts. 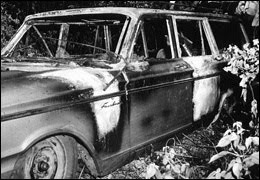 In some cases, the potential for using violence against civil rights workers is discussed in commission memorandums. Although none of the documents reviewed Tuesday show a direct state hand in the numerous deaths of activists in Mississippi during those years, they clearly reflect the mindset of the day.... 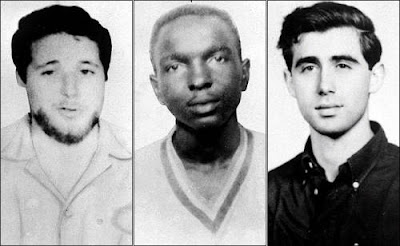 On June 21, 1964, three young civil rights workers—a 21-year-old black Mississippian, James Chaney, and two white New Yorkers, Andrew Goodman, 20, and Michael Schwerner, 24—were murdered near Philadelphia, in Nashoba County, Mississippi. They had been working to register black voters in Mississippi during Freedom Summer and had gone to investigate the burning of a black church. Read more: The Murders,,,Civil Rights Case

The commission files also show that the commission's director Erle Johnston Jr. ordered one of its investigators, A.L. Hopkins, to look into the facts surrounding the killings of three civil rights workers -- Andrew Goodman, Michael Schwerner and James Chaney in 1964. In a series of reports back to the commission over the next several months, Hopkins reported first that some of the local law enforcement officers on the case had assured him that they were working hard to solve it. But by his last report he was noting that some of the officers had themselves been arrested and charged in the deaths and were headed for trial. 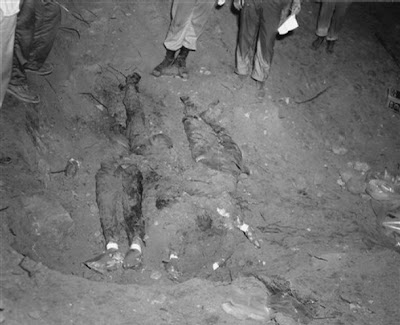 The dead bodies of Chaney, Goodman and Schwerner
Even though Hopkins apparently knew that the FBI suspected local law enforcement officials in the murders, he criticized federal investigators in an Aug. 25, 1964, memorandum for taking control of the case. 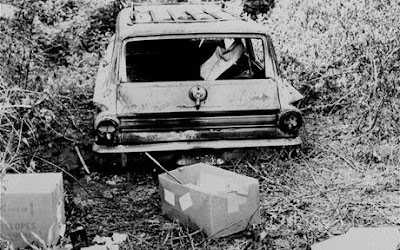 The burned car of Chaney, Goodman and Schwerner
"The actions and methods of members of the Justice Department, especially the Federal Bureau of Investigation in Philadelphia, Miss., in the course of their current investigation into the disappearance and murder of the three civil rights workers, in my opinion amounts to encroachment and usurpation of the rights and powers reserved to this state," Hopkins wrote. 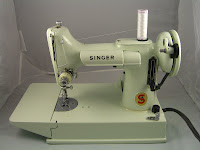