Apartheid Did Not Die 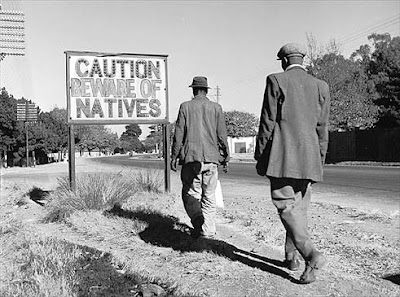 The chapter "Apartheid Did Not Die" is just as contrarian and just as true. Pilger returns to South Africa after 30 years, the ban imposed by the apartheid tyranny having dissolved into dust. He finds that the ultra-neoliberal policies imposed by the IMF and World Bank - with the complicity of the ANC elite - have pickled the racial divisions of the old regime and suffocated dreams of black freedom. More black farmers have been evicted under ANC democracy than under apartheid, and the World Bank is even lobbying the ANC to stop paying wages to whole sections of public sector workers, suggesting instead they offer "food for work". 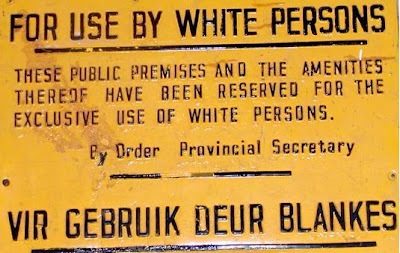 He offers a blizzard of bleak human stories that lie behind the figures: while white average income has risen by 15 per cent under the ANC, average black household income has fallen by 19 per cent. Yet again, the promise of Thatcher-style trickle-down economics is a hallucination, and yet again racial divisions become stronger. This is an end to apartheid? (source: UK Independent)

Apartheid Did Not Die from John Pilger on Vimeo.

Email ThisBlogThis!Share to TwitterShare to FacebookShare to Pinterest
Labels: Apartheid