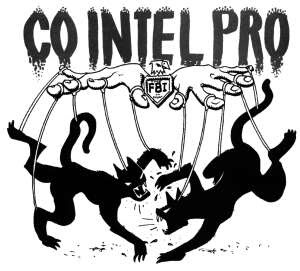 COINTELPRO is an acronym for a series of FBI counterintelligence programs designed to neutralize political dissidents. Although covert operations have been employed throughout FBI history, the formal COINTELPRO's of 1956-1971 were broadly targeted against radical political organizations. In the early 1950s, the Communist Party was illegal in the United States. The Senate and House of Representatives each set up investigating committees to prosecute communists and publicly expose them. (The House Committee on Un-American Activities and the Senate Internal Security Subcommittee, led by Senator Joseph McCarthy). When a series of Supreme Court rulings in 1956 and 1957 challenged these committees and questioned the constitutionality of Smith Act prosecutions and Subversive Activities Control Board hearings, the FBI's response was COINTELPRO, a program designed to "neutralize" those who could no longer be prosecuted. Over the years, similar programs were created to neutralize civil rights, anti-war, and many other groups, many of which were said to be "communist front organizations." As J. Edgar Hoover, longtime Director of the FBI, put it

The forces which are most anxious to weaken our internal security are not always easy to identify. Communists have been trained in deceit and secretly work toward the day when they hope to replace our American way of life with a Communist dictatorship. They utilize cleverly camouflaged movements, such as peace groups and civil rights groups to achieve their sinister purposes. While they as individuals are difficult to identify, the Communist party line is clear. Its first concern is the advancement of Soviet Russia and the godless Communist cause. It is important to learn to know the enemies of the American way of life.

The FBI conducted more than 2000 COINTELPRO operations before the the programs were officially discontinued in April of 1971, after public exposure, in order to "afford additional security to [their] sensitive techniques and operations." Click here for more information.

Email ThisBlogThis!Share to TwitterShare to FacebookShare to Pinterest
Labels: COINTELPRO