Gouverneur Morris, The Constitution and Slavery 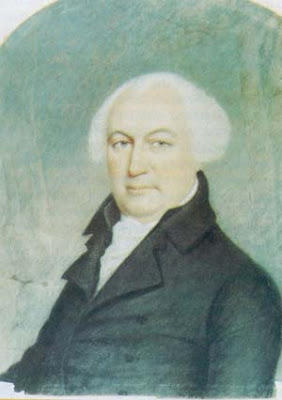 Gouverneur Morris, The Constitution and Slavery

We have Gouverneur Morris to thank for the Preamble to our constitution.
He chose those famed words "We the People". 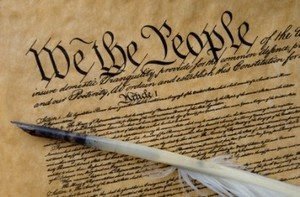 He never would concur in upholding domestic slavery. It was a nefarious institution. It was the curse of heaven in the States where it prevailed.

Compare the free regions of the Middle States, where a rich & noble cultivation marks the prosperity & happiness of the people, with the misery & poverty which overspread the barren wastes of Va. Maryd & the other States having slaves. Travel thro' the whole Continent & you behold the prospect continually varying with the appearance and disappearance of slavery. The moment you leave the E. Sts. & enter N. York, the effects of the institution become visible, passing thro' the Jerseys & entering Pa. every criterion of superior improvement witnesses the change. Proceed southwdly & every step you take thro' the great region of slaves presents a desert increasing, with the increasing proportion of these wretched beings.

Upon what principle is it that the slaves shall be computed in the representation? Are they men? Then make them citizens, and let them vote. Are they property? Why, then, is no other property included? The houses in this city (Philadelphia) are worth more than all the wretched slaves who cover the rice swamps of South Carolina.

The admission of slaves into the Representation when fairly explained comes to this: that the inhabitant of Georgia and S.C. who goes to the Coast of Africa, and in defiance of the most sacred laws of humanity tears away his fellow creatures from their dearest connections & damns them to the most cruel bondages, shall have more votes in a Govt. instituted for the protection of the rights of mankind, than the Citizen of Pa. and N. Jersey who views with a laudable horror, so nefarious a practice. ...

He would sooner submit himself to a tax for paying for all such negroes in the U. States, than saddle posterity with such a Constitution.