Slavery and the Founding of the Banking System 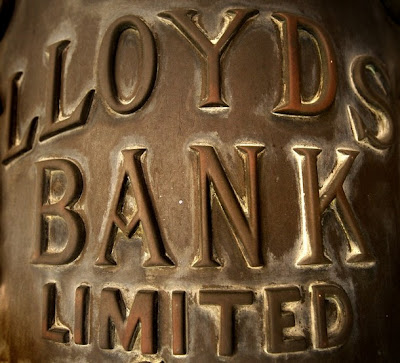 The thriving British economy after 1660 was made possible mainly because of Britain's financial institutions. Trading houses, insurance companies and banks emerged to underpin Britain's overseas trade and empire. The expansion of overseas trade, especially in the Atlantic, relied on credit, and bills of credit (like modern travellers cheques), which were at the heart of the slave trade. Similarly, the maritime insurance, which was focused at Lloyds of London, thrived on the Atlantic slave trade. 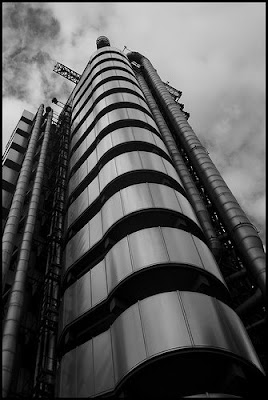 There were no banks in the City until the mid-17th century, and even a century later, banking was under-developed outside London. But slave traders and planters badly needed credit. A slave voyage from Liverpool to Africa then on to the Caribbean, before heading home, could take 18 months. And each point of the trade - buying and selling Africans, buying and importing produce (mainly sugar) cultivated using the labour of enslaved people - involved credit arrangements. Merchants and traders in London, Bristol and Liverpool, bought the planters' produce, so in effect, British merchants became the bankers of the slave trade. 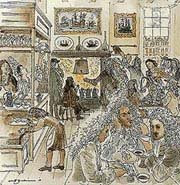 Provincial banking emerged in the 18th century because of the need for credit in the long-distance Atlantic slave trade. For example, Liverpool merchants involved in slave trading later formed Heywoods Bank, which eventually became part of Barclays Bank. Other modern banking names, such as Lloyds, emerged in this way and inevitably had links to the Atlantic slave trade. The Bank of England was also involved. 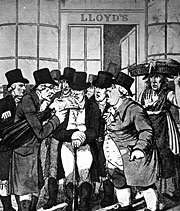 When it was set up in 1694, it underpinned the whole system of commercial credit, and its wealthy City members, from the governor down, were often men whose fortunes had been made wholly or partly in the slave trade. The Bank of England stabilised the national finances, and enabled the state to wage its major wars of the 18th century. These wars were aimed at securing and safeguarding overseas possessions, including the slave colonies, and to finance the military and naval means that protected the Atlantic slave routes and the plantation economies. (source: BBC)