From The Oregonian, "'Breaking Chains' review: The slavery issue in Oregon," by Marc Covert, on 18 May 2013 --  It's easy for Oregonians to see themselves as historically detached from issues that led up to the Civil War, especially when it comes to slavery. Oregon gained admission to the Union as a free state in 1859, and while Oregonians did fight in the Civil War, the ravages of that horrific conflict took place thousands of miles away. R. Gregory Nokes, author of the disquieting history "Massacred for Gold: The Chinese in Hells Canyon" (2009), isn't buying it.

"If I were in school again, I would want to understand the real history of our state, not a sanitized version that misleads us into myths and misplaced self-satisfaction," he writes in the prologue to his new book, "Breaking Chains: Slavery on Trial in the Oregon Territory."

"We can learn from our past. We should."

Oregon was, in fact, deeply embroiled in the slavery vs. abolition argument, and racial issues overshadowed nearly every discussion and debate of the 1857 Constitutional Convention leading up to statehood. Many prominent Oregonians -- including territorial governor and U.S. senator Joseph Lane -- were pro-slavery, and the final constitution set before voters in 1857 contained a yes-or-no slavery clause. While that clause was soundly defeated, the newly approved Oregon Constitution contained another that gained our state a dubious distinction.

"When Congress approved Oregon as the thirty-third state on February 14, 1859, Oregon became the only free state admitted with an exclusion clause against blacks in its constitution," writes Nokes. "While the clause was never enforced, it remained a part of the constitution for nearly seventy years, until finally removed by voters on November 2, 1926." 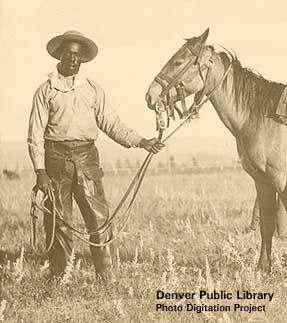 While the institution of slavery was rejected, so too were African Americans who wished to emigrate to Oregon and enjoy the benefits of full legal citizenship.

Nokes employs a landmark court case, Holmes vs. Ford (1853), to illustrate the conflicted racial attitudes and policies of the Oregon frontier. Robin and Polly Holmes were two of the first African Americans to live in Oregon, coming as slaves with their three children over the Oregon Trail with their owner, Nathaniel Ford, and his family in 1844. While slavery never existed legally in Oregon, slave owners like Ford were given a three-year grace period to free their slaves or return them to slave states; even then most citizens and officials turned a blind eye to the practice. Promised freedom in exchange for working on the Fords' donation land claim in today's tiny community of Rickreall, Robin Holmes finally had to sue his former owner for the return of his three children. Newly appointed Oregon Supreme Court judge George H. Williams ruled in favor of the Holmes family.

Williams, who seems an unlikely hero given his later ideas to "consecrate Oregon for whites," refuted Ford's contention that keeping the Holmes children was his payment for granting the family their freedom, stating "To convey (freedom) to a person which at the time is absolutely his by law, plainly amounts to nothing."