Thomas Jefferson's slave Isaac Granger Jefferson
From Monticello:  Isaac Granger Jefferson (1775-c.1850) [1] was a tinsmith and blacksmith. His brief memoir, written down by an interviewer in 1847, provides important, fascinating information about Monticello and its people. Isaac was the third son of two very important members of the Monticello slave labor force. His father, Great George, rose from foreman of labor to become, in 1797, overseer of Monticello--the only slave to reach that position, and received an annual wage of L20. Isaac's mother, Ursula, was particularly trusted domestic servant whom Jefferson had purchased in 1773 [2]. Ursula was a pastry cook and laundress; her duties included the preservation of meat and bottling of cider.

Isaac, thus, spent his childhood on the mountaintop near his mother and from a very young age, he would have performed light chores in and around the house. He himself speaks of lighting fires, carrying fuel, and opening gates. Because Ursula and Great George accompanied the Jefferson family to Williamsburg and Richmond when Jefferson was governor, Isaac was witness to dramatic events in the Revolution. In his reminiscences he recounted his vivid memories of 1781, including Benedict Arnold's raid on Richmond and the internment camp for captured slaves at Yorktown. 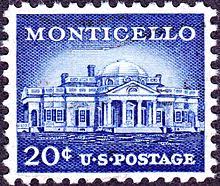 Probably about 1790, Isaac began his training in the metalworking trades. Jefferson took him to Philadelphia, where he was apprenticed for several years to a tinsmith. His own account is the only source of our knowledge of this aspect of his working life. He learned to make graters and pepper boxes and finally tin cups, four dozen a day. A tin shop was set up at Monticello on his return, but he recalled that it did not succeed. Isaac also trained as a blacksmith under his older brother Little George and, sometime after 1794, he became a nailer as well, dividing his time between nailmaking and smith's work.

Nails excavated at Monticello.
By 1796, Isaac had a wife, Iris, and a son, Joyce. At this time he worked extra hours in the blacksmith shop, making chain traces for which Jefferson gave him threepence a pair. Also in 1796, according to Jefferson's records, Isaac was the most efficient nailer. In the first three months of that year he made 507 pounds of nails in 47 days, wasting the least amount of nail rod in the process and earning for his master the highest daily return--the equivalent of eighty-five cents a day [3].
In October 1797, Jefferson gave Isaac and Iris, and their sons Squire and Joyce, to Maria and John Wayles Eppes as part of their marriage settlement. Thomas Mann Randolph was in need of a blacksmith at the time, so he hired Isaac from Eppes [4]. Records are fragmentary and inconclusive on this point. Isaac and his family moved to Edgehill in 1798. A daughter, Maria, was apparently born soon after [5]. As some of Isaac's memories indicate his presence at Monticello in Jefferson's retirement years, he may have accompanied the Randolphs to reside there in 1809.

Ruins of Thomas Jefferson's Nail Factory at Monticello. This was one of the first nail factories in America.
Tragedy stuck in 1799 and 1800, when Isaac's parents and brother Little George all died within a few months of each other. The persistence of an African heritage at Monticello is indicated by the fact that, in their illness, the members of this family consulted a black conjurer living near Randolph Jefferson in Buckingham County. Shortly after Great George's death, Jefferson gave Isaac $11, the value of "his moiety of a colt left him by his father." [6]
In 1812 an Isaac belonging to Thomas Mann Randolph ran away and was caught and imprisoned in Bath County. We have as yet no way of knowing if this was Isaac the blacksmith. Randolph owned at least one other Isaac in this period.

How Isaac gained his freedom is also unknown. He reported that he left Albemarle County about four years before Jefferson's death. He met and talked to Lafayette in Richmond in 1824. In 1847, he was a free man in Petersburg, still practicing his blacksmithing trade at the age of seventy-two. His reminiscences, taken down by the Rev. Charles Campbell in that year, do not reveal whether he took the surname Jefferson by choice or whether it was imposed on him by a white official, as was the case with his fellow Monticello slave Israel Jefferson.
The fate of Iris, Squire, and Joyce are unknown. Isaac had a wife, apparently not Iris, in 1847. Campbell wrote that Isaac Jefferson died "a few years after these his recollections were taken down. He bore a good character." (source: Monticello)


1. This article is based on Lucia Stanton, Monticello Research Report, 1993.
2. Jefferson later reported that Ursula was purchased because she was a "favorite house woman" of his wife, Martha (Jefferson to Archibald Thweatt, 29 May 1810, LC: Thomas Jefferson Papers http://memory.loc.gov/ammem/collections/jefferson_papers/
3. Note that, had Isaac been a free man, he could have earned a wage of at least a dollar a day.
4. It seems likely that Randolph purchased Isaac and his family from Eppes at some later time.
5. Monticello overseer Edmund Bacon purchased Maria from Randolph in 1818 for $500. Bacon reported that she came from "an excellent family of servants." (Jefferson at Monticello, 91-92.)
6. Bear, James A. Jr., and Lucia C. Stanton, eds. Jefferson's Memorandum Books: Accounts, with Legal Records and Miscellany, 1767-1826. Princeton, NJ: Princeton University Press, 1997, 2:1010.