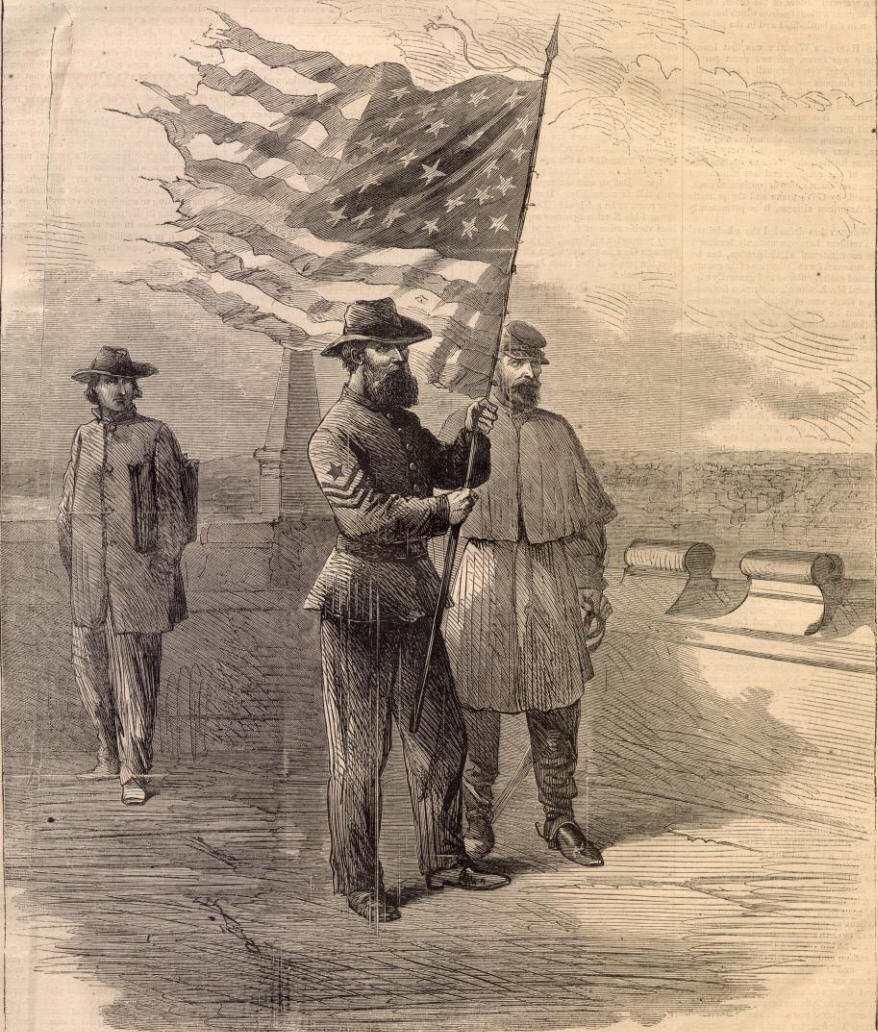 This exceptionally fine book is in effect a companion piece to its author’s “The Confederate War,” published in 1997. In that volume Gary W. Gallagher argued that despite the obvious advantages enjoyed by the Union in manpower, materiel and industrial production, the Confederacy was not doomed from the start to lose the war, as so many of his fellow historians insist. To the contrary, he overturned the conventional wisdom by documenting the passion with which the Rebel armed forces embraced their cause and the extraordinary determination and valor with which they fought for it.

Now, in “The Union War,” Gallagher is back to take issue with what has become the new conventional wisdom, that the North fought the war in order to achieve the emancipation of the slaves. While welcoming the post-civil-rights-era emphasis on “slavery, emancipation, and the actions of black people, unfairly marginalized for decades in writings about the conflict,” Gallagher makes a very strong case — in my view a virtually irrefutable one — that the overriding motive in the North was preservation of the Union. “Students and adults interested in the Civil War,” he writes, “are reluctant to believe that anyone would risk life or fortune for something as abstract as ‘the Union.’ A war to end slavery seems more compelling.” Indeed it does, but it embroiders historical truth in order to suit the cultural and ideological mood of the moment. 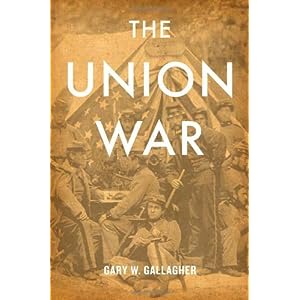 Part of the problem lies in the understandable difficulty that many people have in distinguishing causes from motives. There was “a very widely held belief among Union soldiers that slavery had caused the war,” and indeed as Gallagher correctly notes, “it is beyond dispute that controversies relating to slavery precipitated secession and by extension the outbreak of fighting in 1861.” But it is one thing for rank-and-file soldiers to understand why the war started and quite another for us to attribute motives to them that in fact only a minuscule percentage actually felt. Gallagher writes:

“Much recent Civil War scholarship obscures the importance of Union for the wartime generation. Two interpretive threads run through such literature. The first and more prominent suggests the Union of 1860-61 scarcely deserved to be defended at the cost of any bloodshed. The second argues that a major shift in war aims occurred when northerners realized that only emancipation made their level of sacrifice worthwhile. In both instances, modern sensibilities distort our view of how participants of a distant era understood the war.” Thus one historian, Orville Vernon Burton, advances the currently fashionable notion that “the republic threatened by southern secession in 1860-61 was ‘grounded in ruthless ideas of inequality of race, class, and gender,’ ” while another, Walter A. McDougall, insists that “if preserving the Union was the war’s deepest meaning, then it merely restored the status quo ante bellum.” In other words, since the Union was an imperfect place before the war and remained one in “a postwar era dominated by rampant racism, nationalism, and imperialism,” if the war was fought to restore the Union, in the words of Barbara J. Fields, a star of Ken Burn’s TV series about the war, it was “a goal too shallow to be worth the sacrifice of a single life.”

All this politically correct twaddle plays fast and loose with the facts. Gallagher makes a polite bow to those who spout it — “it is important to know how northern society dealt with race and gender and how it conceived of freedom, liberty, and opportunity” — but then closes the case: “simply describing the many ways in which wartime northerners fell short of later standards of acceptable thought and behavior yields little understanding.” Drawing on “letters, diaries, newspapers, books, broadsides, illustrative materials, and other evidence produced at the time,” he “seeks not to decide whether we like or dislike the Civil War generation but to understand them and their actions.”

What he finds, over and over again, is that in the North “the mass of loyal citizens equated “the Union” with “the Nation” and believed beyond question that it had to be defended and preserved:

“It represented the cherished legacy of the founding generation, a democratic republic with a constitution that guaranteed political liberty and afforded individuals a chance to better themselves economically. From the perspective of loyal Americans, their republic stood as the only hope for democracy in a western world that had fallen more deeply into the stifling embrace of oligarchy since the failed European revolutions of the 1840s. Slaveholding aristocrats who established the Confederacy, believed untold unionists, posed a direct threat not only to the long-term success of the American republic but also to the broader future of democracy. Should armies of citizen-soldiers fail to restore the Union, forces of privilege on both sides of the Atlantic could pronounce ordinary people incapable of self-government and render irrelevant the military sacrifices and political genius of the Revolutionary fathers.”

The words of Daniel Webster, spoken on the Senate floor in January 1830, became fighting words for the North: “Liberty and Union, now and forever, one and inseparable.” As Gallagher says, “Recapturing how the concept of Union resonated and reverberated throughout the loyal states in the Civil War era is critical to grasping northern motivation. No single word in our contemporary vocabulary shoulders so much historical, political, and ideological meaning; none can stir deep emotional currents so easily. Devotion to the Union functioned as a bonding agent among Americans who believed, as a citizenry and a nation under the Constitution, they were destined for greatness on the world stage.”

To virtually all except “abolitionists and some Radical Republicans,” the “liberation of enslaved people took a back seat to saving the Union.” Still, this “does not drain all value from a war for constitutional law and a democratic republic on the northern model.” The North may have been imperfect in 1861: “Women, free and enslaved black people, and others did not partake fully of what most northerners would have defined as liberties and freedoms at the center of their popular republic.” One need only contemplate what would have happened to the slaves and their descendants had the South won, however, to understand how absolutely essential a northern victory was, whatever the motives of those who fought it.

“Troops commanded by officers who cared nothing about black people — William Tecumseh Sherman comes immediately to mind — proved as destructive to slavery as those led by ardent advocates of emancipation,” Gallagher writes. “No matter how prejudiced their own attitudes, Union soldiers functioned as cogs in a grand military mechanism that inexorably ground down slavery.” He quotes from a letter written by an infantryman from Iowa whose regiment was welcomed ecstatically by an old black woman in Alabama:

“It was no new thing to us to be hailed by these bondsmen as their deliverers; yet if we some times stopped to think of it, there would come a strange question, how much we really deserved their gratitude? But thinking is the very least of a soldier’s business; and so the incident and its impressions passed out of mind altogether, as the important trivialities of the march succeeded.”

Gallagher, who holds a distinguished professorship in history at the University of Virginia, is far more interested in pursuing historical truth than in massaging whatever praiseworthy sentiments he may harbor on race, gender, class or anything else. He knows that for the historian the central obligation is to understand and interpret the past, not to judge it. This is what he has done, to exemplary effect, in “The Union War.” I suspect that one of his motives in writing it may have been to remind us of what a precious thing our Union is, a Union that we have come to take for granted. Fighting for its preservation was a noble thing, in and of itself. (source: The Washington Post)