View of Philadelphia, Looking South on the Delaware River

1662 Virginia law decrees that children of African American mothers “shall be bond or free according to the condition of the mother.”


1705 Virginia lawmakers fix the status of blacks as slaves when they decree ‘All servants imported and brought into the Country...who were not Christians in their native Country... shall be accounted and be slaves.” They also fix slaves as real estate which can be passed on from generation to generation. In addition slaves who resist their master can be disciplined or killed without penalty.

1780 Pennsylvania becomes the first government in the Western Hemisphere to begin an abolition of slavery with the Gradual Abolition Act. The law allows citizens of other states tern- porarily residing in Pennsylvania to hold domestic slaves for up to 6 months, after which those enslaved Africans have the right to manumission. Members of the U.S. Congress (then the only branch of the federal government) and their personal slaves are specifically exempted from the state law.

1787 Slavery is made illegal in the Northwest Territory.

1787 The U.S Constitution states that Congress may not ban the slave trade until 1808.


1788 Pennsylvania state legislature amends the 1780 law, closing loopholes. The 1788 amendment prohibits a Pennsylvania master from transporting a pregnant enslaved woman out of state (so the child will be born enslaved), from separating enslaved husbands and wives or children and parents, and requires a master to register the child of an enslaved mother within 6 months of birth. Non-resident slave-holders are prohibited from rotating their domestic slaves out of Pennsylvania to prevent those enslaved Africans from qualifying for manumission under the state law.

1791 The first year that the Washington’s violate the 1788 amendment by bringing back into Pennsylvania enslaved Africans who had been transported out of state to prevent their obtaining their freedom. This illegal out-of-state rotation of the President’s House enslaved Africans continues until the end of Washington’s presidency

1791 An amendment is proposed (and fails) in the Pennsylvania Assembly to exempt all slave-holding officers of the federal government (including Washington, his Cabinet, and the Supreme Court) from the Gradual Abolition Act. This was an attempt to make the state more hospitable to slave-holders in hopes of having Philadelphia become the permanent capital of the United States. The proposal is withdrawn before debate after heated opposition from the Pennsylvania Abolition Society.

1793 The U.S. Congress passes and Washington signs the Fugitive Slave Act. The U.S. Constitution (Article IV, Section 2) guaranteed the right of a slave-holder to recover a runaway slave.

1808 The first year that children of enslaved Pennsylvania mothers are freed of their indentures under the 1780 Gradual Abolition Act. The first children born after March 1, 1780 turn 28 in this year. Legally, they had been indentured servants (not slaves) and are now free. 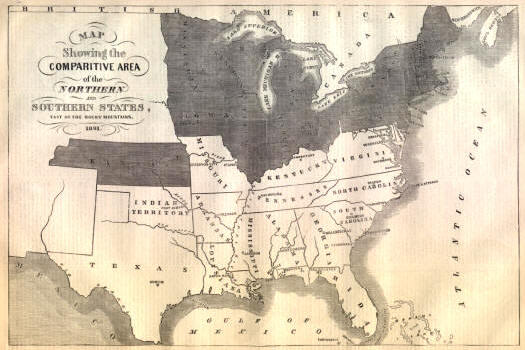 1820 The Missouri Compromise bans slavery north of the southern boundary of Missouri.

1860 Compromise of 1850 includes a stronger Fugitive Slave Act intended to make it easier for slaveholders to retrieve fugitives from slavery.

1857 The Dred Scott case holds that Congress does not have the right to ban slavery in states and, that slaves are not citizens.