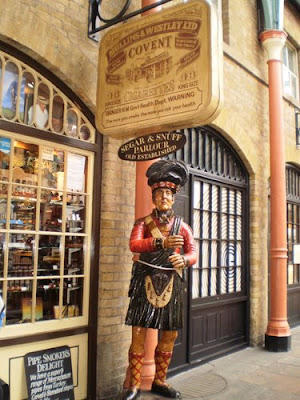 From the BBC:  When settlers in North America started cultivating tobacco using slave labour, the economies of Virginia and Maryland were transformed. A small group of Glaswegian merchants dominated the booming transatlantic tobacco trade. 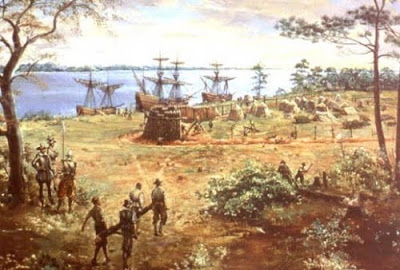 Scottish merchants created tobacco trading networks in Virginia, and by 1760 Glasgow had overtaken London as the main importer of tobacco. The influence of the powerful Glaswegian merchants spread throughout the Americas (often buying into estates in the Caribbean). Their most lasting influence can be seen in some of the major roads and buildings in Glasgow. Many of the old streets of Glasgow (Buchanan, Glassford, Ingram and Dunlop) testify to the success of the tobacco barons. 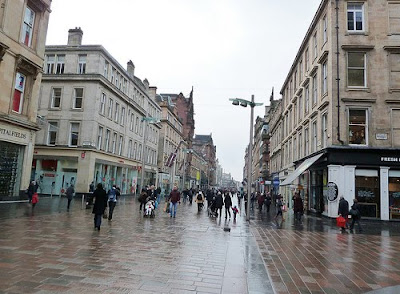 
One of the city's most impressive buildings was built in 1778 by William Cunninghame, a prominent Glaswegian tobacco baron. Cunninghame headed one of three major syndicates that controlled the flow of tobacco into Scotland. He developed a string of outlets and representatives in the tobacco colonies, which bought tobacco from the planters and stored it until Cunninghame's ships arrived. Cunninghame's trading system was one of the most efficient and swift in the North Atlantic and it yielded enormous profits. 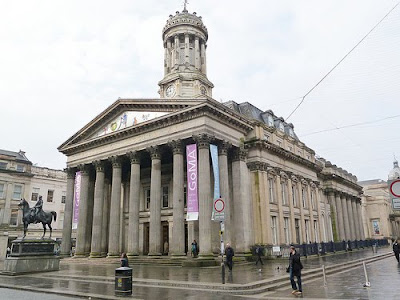 He invested some of these profits in Cunninghame Mansion. This townhouse cost a staggering £10,000 to build and is thought to be one of the finest houses in Scotland. After his death it became part of the Royal Bank of Scotland, later an exchange for local merchants, then part of the telephone exchange. In 1996 it became the Gallery of Modern Art. It stands today as a reminder of Glasgow's links to tobacco cultivated by enslaved people, and the profits tobacco yielded to the major Scottish merchants who dominated the trade. [source: BBC]
Posted by Ron at 12:47 PM