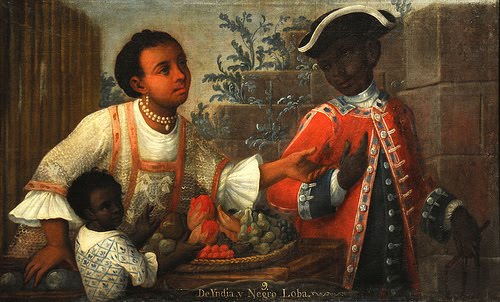 Always, every country and every culture has lost in its history, in the case of Mexico we have been forced to learn that our roots are two, Indian and Spanish. This is a big lie, since Mexico is a multicultural nation forged by the fusion of many cultures from Europe, Native American, Asian and African. Africa was the third largest supplier of ideas and practices that helped shape Mexico as we know it today.

To begin the story talk a little about how he started the slave trade from Africa in the sixteenth century in the Americas. In the early stages of colonization of America were used to hard work the indigenous labor force, due to the harsh living conditions suffered by indigenous diseases brought by the Spanish and for which the natives had no immune defenses began to impair the native population that existed in those sites. Thus began the importation of slaves brought from the black continent, the main slave traders were originally the Genoese being replaced by Dutch and English in later, the Spanish raided very brief limited to issuing permits for foreigners from trading in their territories.

The journey lasts, home to the New World


Black slaves came mainly from a band between Senegal and Angola. To buy slaves in Africa were used two ways: either directly captured or were acquired with a native chief, who sold to prisoners of war or persons who had contracted debt bondage. For this reason, the slave traders used to foment war between different peoples. Thus to be subtracted from your home men and women were transported to small islands off the west coast of Africa and served as a logistical base, such as the "slave coast" small islands in the Gulf of Guinea where many people were home last. On the ship were unspeakable conditions, overcrowding, hunger, filth, the stench, the suffocating heat, torture, pain and panic flooded him everything. The death of the black slaves during the transatlantic crossing was due to wedges sometimes even more sinister than the death by the conditions under which they were transported. Before the prohibition of trafficking, these causes include among others the fear of disease or lack of food. In both cases were thrown overboard slaves, either to avoid contagion, either to lighten the "burden" After the prohibition of trafficking, the cause could simply be to avoid capture. According to the chronicle of Father Alonso de Sandoval transport conditions were dire "go every six rings chained by the necks, filthy and abused, and then joined two by two with rings on the feet. Go below deck, which never see the sun or moon. Can not be there an hour without serious risk of disease. They eat from 24 to 24 hours a bowl of corn or millet oil and a small jug of water. Receive much stick, whip and swearing much the only person who dares to go down to the cellar, the foreman. " 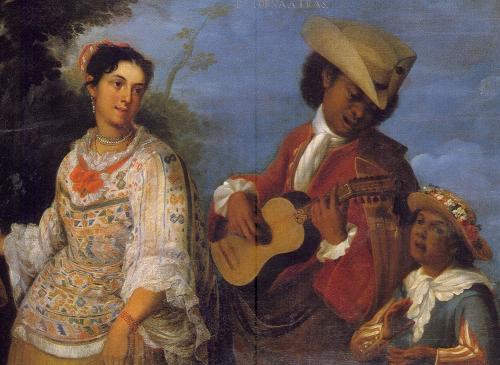 Of Africans is the Mexican mitote ...


Once at their destination the slaves were subjected to detailed anatomical examination and then auctioned. In the case of Mexico from Veracruz were transported to the Caribbean region to work in agriculture and in the silver industry, African women became the mothers of the children of Spanish. From Veracruz to Mexico was still a 17-day trip by mule. Finally, about 250,000 to 300,000 African slaves ended up in Mexico.

The African cultural influence can not be measured in Mexico as in Cuba or Brazil. There is a clear influence of the African popular culture. But Africa is present primarily in the idiosyncrasy of the Mexican. The African world was projected in the indigenous world and africanizó. In turn, the African was Indianized. What we can see African features more obvious? I think it's the attitude toward life. This explosion is in the masses. This is what in the popular literature is called "the mitote" the Mexican. The Indian is not loud and Spanish has another form of expression. So the mixing has a strong African component. It is in the taste for rhythm, for dancing. In the catering too. Mexican son generally has a base in Africa. Same with a taste for the colors in some regions. In Veracruz shows in the way of conceiving the habitat. However, we can not do an inventory of African traits in Mexican culture. It is almost impossible due to miscegenation. (source: translated from World Press) 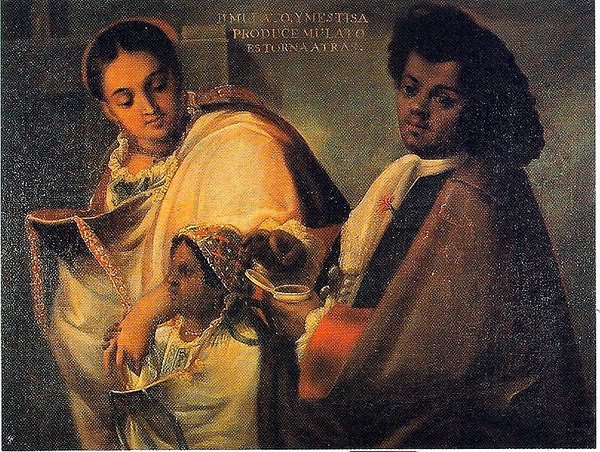