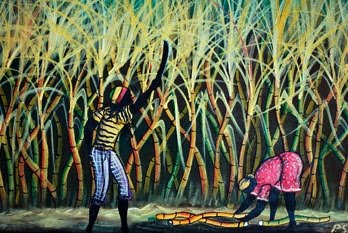 On a plantation just outside the Jamaican capital, Kingston, we watched workers with long machetes slice down towering stalks of sugar cane with industrial precision.
The crop is only harvested by hand on modern plantations when it rains and today there is a steady drizzle. Usually machines do the graft. But for more than 300 years until the early 19th century the machines were African slaves.
Men, women and children were overworked and brutalised. Cruelty and torture meant as many as a third of all slaves died within three years of arriving here. 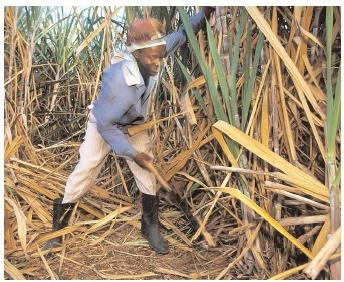 In the fields, the tears of the living often mixed with the blood of the dead. In all one and half million Africans sailed here. It is their descendents who make up modern Jamaica.
Kingston is the capital of a proud nation, a proud people, but there are painful memories of slavery and racism here. There is also a defiance of spirit that came with the first Africans and today sets this nation apart. It's a defiance that saw slaves endure the worst indignities at the hands of British slave masters.
At the Institute of Jamaica, the staff laid out for me some of the shackles and chains used to keep slaves in line. They are rough-hewn from iron and browned with age. They are also very heavy and would weigh down the slaves forced to wear them. 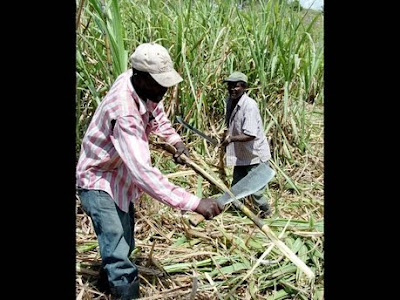 One artefact is particularly disturbing. It's a tongue restraint, a thin strip of metal and would be fitted around the lower jaw and held in place by a lock at the back of the neck.
At the front is a little plate which would rest on top of the tongue, holding it down. This shackle might be used to force feed slaves. One punishment was the force feeding of human excrement.

There is unease here that British commemorations marking the end of the slave trade are too focused on white abolitionists like William Wilberforce and they do not acknowledge the effect on the morale of the British of numerous slave rebellions.

Many Jamaicans believe Britain wants to play up its role in helping to end the trade and downplay its role in slavery itself. 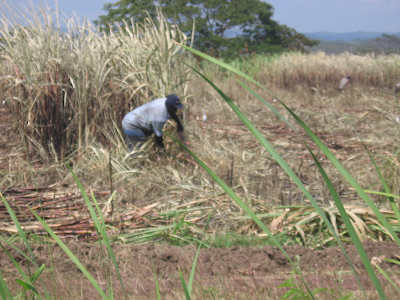 The bicentenary of the Act outlawing the slave trade has raised interesting questions about who owns slave history and what should be done about that history. Nick Hibbert Steele is the descendant of one of the most important slave owning families in Jamaica.
At the height of their wealth and prestige, the Hibberts had interests in 60 plantations and owned 4000 slaves. He's been researching his family history and says he feels it is important to apologise.
"All I can do is say I'm sorry, I come here with clean hands. I don't want my family's history buried any longer." 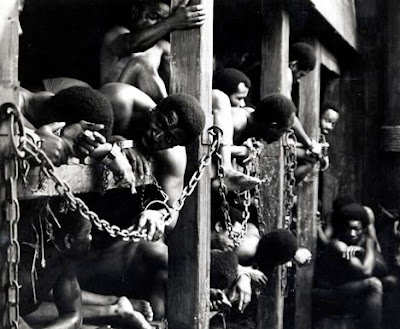 But Professor Carolyn Cooper of the University of the West Indies says personal apologies mean nothing. "What Britain needs to do as a nation is acknowledge the scale and magnitude of the crimes it committed and then having made that acknowledgement find the appropriate way to right historic wrongs."
The Jamaican parliament is discussing whether or not a formal claim for reparations should be made to the British government. Any final decision is a long way off and a vote for reparations is likely to be greeted with a firm rejection from No 10.
Jamaican Prime Minister Portia Simpson Miller, in a rare interview, told me that in this bicentenary year, there is no statute of limitations on genocide and that Jamaicans will never forget the cruelty done to their ancestors.
"They were packed into ships like sardines in a sardine can. We will never forget what was done to our foreparents. It was a crime against humanity."
Perhaps that's the price Britain must pay, that it will never be allowed to forget what it did. It is a heavy price, the burden of history. Fitting perhaps for a monumental crime. (source: BBC)
Posted by Ron at 7:57 PM