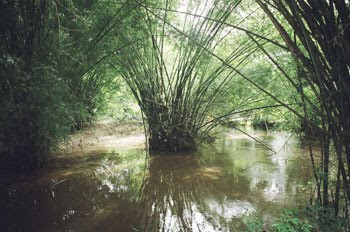 The BBC's Orla Guerin meets African Americans coming to Ghana in the hope of connecting spiritually with West African ancestors sold into slavery.
Tina Bailey feels the pull of Africa - so strongly that she has just traveled to Ghana from her home in Tennessee for the third time.
She is one of many African Americans coming to follow in the footsteps of ancestors they cannot name who were enslaved and sent to the New World.
The first stop for Tina's tour group is by the "slave river" at Assin Manso - where captives had their last bathe on African soil. Tina slips away from the group to spend a moment alone by the water's edge. She says it is hard to see all this again, but she feels compelled to. 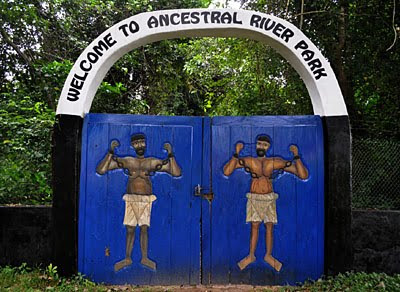 "It's very hard, it's very hurtful," she says, speaking through her tears.
"But if this happened to my people, I can at least walk their path several times. It's my connection to home. It's probably the only way I'll know where home is."
Tina can't be sure her ancestors were Ghanaian. She knows they came from West Africa and is considering DNA testing to try to find out more. But for her this is a homecoming, and the history here is deeply personal.
"This is my pain," she says, "and my mother's pain, my family's pain, and it hurts a lot," she says.
Ghanaian welcome 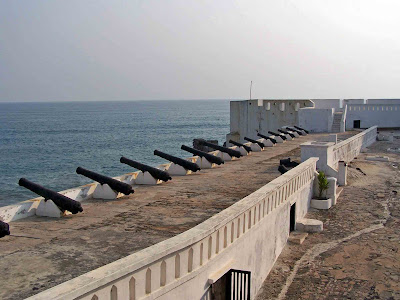 Further down the coast, the slave castles built by the European powers still stand - brutal reminders of a time West Africa was robbed of the young and the strong, and the future was taken away in chains.

The first stop is at Cape Coast Castle - forbidding and fortified - which was at the centre of the slave trade.

Tina and her fellow tourists, who come from across the USA, descend to the dungeons. They are airless, dark, desperate places. Each one held up to 200 men, crammed in, struggling for breath. They waited a month for the slave ships to arrive. Local experts say more than half of them died.

The tourists form a circle, joining their hands and bowing their heads in honour of their dead ancestors.

Outside in the courtyard, Obasi Kitambi, a doctoral student from Chicago, says it was painful that his people "endured so much treachery and torture and pain, and even today people are not really acknowledging that".

But he says it is "critical" that African Americans make this journey.

Ghana is keen to bring back the descendants of the slaves, to visit, invest or take up residence. 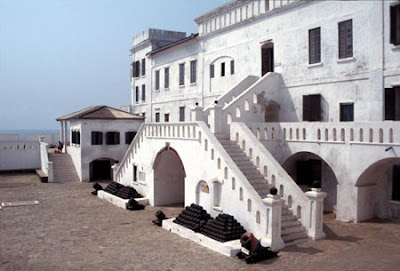 It is urging every African in the diaspora to make a pilgrimage here at least once in their lifetimes, and bear witness to history. Some are doing more than that.
Rosa Kincaid, a doctor based in St Louis, has made a lasting connection to the Ghanaian village of Kanka.
Wearing traditional robes and draped in glittering jewellery, including an ornate crown, she was made an honorary chief of the village, where she hopes to build a clinic.
"I am the sister who has returned, the daughter who has returned," she told villagers at the ceremony "and I thank you for the opportunity to serve you all."
She says it will not be easy to deliver a clinic for the villagers but she hopes to be "empowered by the ancestors".
Sensing the horror 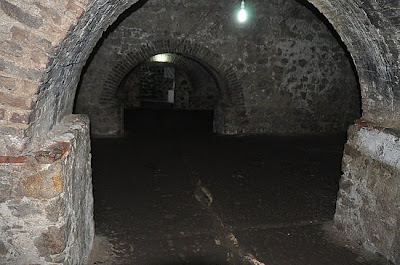 Two hundred years after Britain abolished the slave trade, there is talk in Ghana of the need for the West to address the debts of history - to begin a debate on the issue of reparations and what form they might take.
Many African Americans are haunted by slavery and its legacy, and feel they have not received an adequate apology.
According to the American civil rights activist, the Rev Jesse Jackson, "there must be some sense of remorse, and some commitment to attempt to repay the damage done".
On a visit to Ghana, he told BBC News that the beneficiaries of the slave trade, including Britain and America, should face the truth of the past.
"It's time for truth and reconciliation," he said.
"But those who want reconciliation want to avoid the truth of the exploitation. Africa is the foundation of Europe and America's wealth. Africa is the creditor. Europe and America are the debtors."
Back at the coast, the last stop for the tourists is Elmina Castle, which was built by the Portuguese in 1482 - before Columbus discovered America.
They squeeze through the narrow arch that leads to the "room of no return". It's grimy and claustrophobic, empty of everything but the sins of the past.
From here the slaves were forced on to ships that would take them across the Atlantic to toil and die.
"You can feel the spirits here," Tina Bailey says.
"You can smell what happened here. You can almost taste it. It was quite a holocaust, very inhumane, and I'd like to say never again - never, ever again."
For Tina, Ghana is journey's end. After her death she wants her ashes brought here from America and scattered at a beach along the coast. (source: BBC)
Posted by Ron at 1:03 PM