In the 15th century AD, Elmina was one of several port communities on the Ghana coast (aka Gold Coast) of western Africa, associated with the West African ethnic group called Akan. Most of the ports were small, dispersed settlements that supported larger communities in the interior. That pattern of settlement probably began at least as long ago as 400 AD. Elmina had a fairly sizable population, as it was located on an excellent harbor. 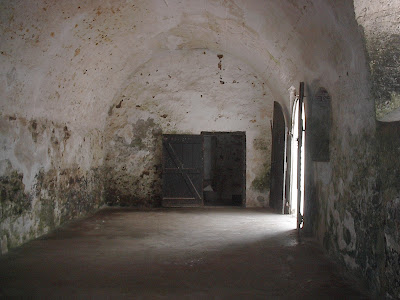 The Portuguese began exploring the Gold Coast in search of gold and trading opportunities in the early 15th century. In 1482 they built the Sao Jorge Castle, to help support their trade networks and fend off European competitors. Castle São Jorge da Mina (or St. George's Castle as it is known today) was the first fortified European trade post in subsaharan Africa. 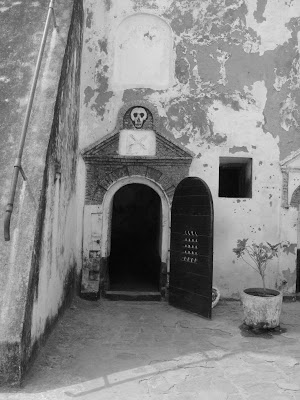 The Portuguese were interested in gold and luxury items such as ivory, pepper, and redwood, as were the Dutch who captured the fort in 1627. Elmina was under Dutch control until 1872 when it was captured by the British. In response to a revolt by the Elmina residents, the British burned the city and abandoned the fort. (Source: About.com "Portuguese Slave Colony of Elmina")

The first slaves traded out of Elmina were imported into the city from Liberia, Benin, northern Ghana and other parts of coastal Africa, by the Portuguese during the 15th century. Slaves became the primary export from Elmina in the 17th century.
Posted by Ron at 12:19 AM