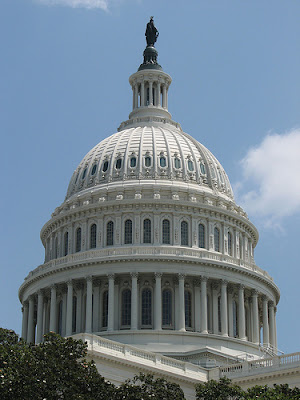 The New York Times reported on 17 July, 2011, "A Population Changes, Uneasily," by Sabrina Tavernise: WASHINGTON — This city, the country’s first to have an African-American majority and one of its earliest experiments in black self-government, is passing a milestone.

Washington’s black population slipped below 50 percent this year, possibly in February, about 51 years after it gained a majority, according to an estimate by William Frey, the senior demographer at the Brookings Institution.

The shift is passing without much debate, but it is leaving ripples of resentment in neighborhoods across the city, pitting some of the city’s long-term residents, often African-American, against affluent newcomers, most of whom are white, over issues as mundane as church parking and chicken wings. 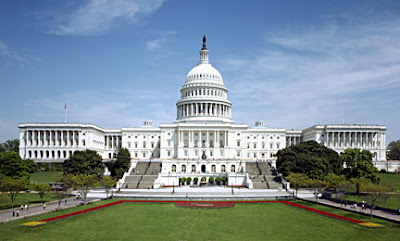 “You can’t help but look around and see the face of the community changing before your eyes,” said Tom Sherwood, co-author of “Dream City: Race, Power, and the Decline of Washington, D.C.”

He added, “That can be an uncomfortable feeling, and you’re going to have some people acting out, expressing their concern in racial code words.”

On H Street, Pamela Johnson, an African-American who owns a small storefront building, said her property tax bill had more than tripled in the three and a half years since the city began building a streetcar system that she said she never wanted. She said that she could not afford to pay and that she was one of several dozen owners in danger of losing their properties in a tax sale. 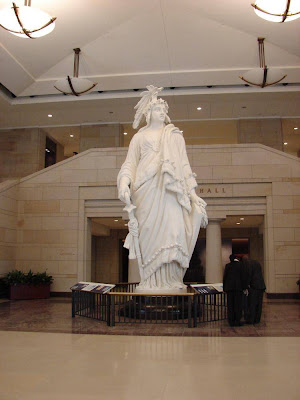 “This process was imposed on us, and now it’s driving us out of here,” said Ms. Johnson, sitting in a Jamaican restaurant on H Street, which now has new sidewalks, stylized street lamps and shiny streetcar tracks. “We see this as the city’s way of gentrifying these corridors.”
Charles Allen, a spokesman for Tommy Wells, the District of Columbia Council member who represents the area, said the district had gone out of its way to help Ms. Johnson and other property owners, including by lowering their property tax rates and persuading the city’s Office of Tax and Revenue to take them off the tax sale list. In addition, the Council just signed off on $723,000 in relief for small businesses hurt by the changes in the city. 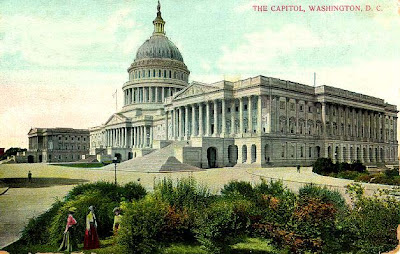 “Blocks have turned from empty lots to active businesses,” Mr. Allen said, noting that 55 new businesses had opened in the area over the last few years. (Ms. Johnson says many stores have also had to close.) “Property values have increased. Most property owners on H Street are happy about that.”
Washington ranked third in median income growth among large cities in the past decade, and resentments like Ms. Johnson’s often are, perhaps inevitably, responses to a rising tide of market forces.

But race and class issues often overlap, and as the city’s demographics shift — the white population jumped by 31 percent in the past decade, while the black population declined by 11 percent — many less affluent blacks say they are feeling left out of the city’s improving fortunes. In April, the Census Bureau reported that Ward 8, in the city’s mostly poor and black southeast, had the highest jobless rate in the country. 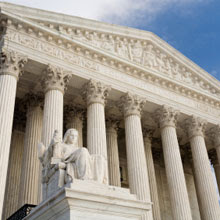 “Change is good, but it kind of kicks some of us to the back of the bus,” said Shirley Parnell, a Department of Motor Vehicles worker who recently inherited her mother’s house near H Street, which came with $11,000 in back taxes.

Many prominent black leaders argue that the city is more diverse than ever, with more to do, less crime and a bigger tax base. City law requires developers to set aside a portion of new residential space for lower-income people.

“This is a cosmopolitan, artsy town,” said Representative Eleanor Holmes Norton, the city’s nonvoting congresswoman. “Black people laid down a culture that lives here. The flavor of the city is not going to change with whites moving in.”

Still, the influx of affluent newcomers has made low-income residents, particularly renters, nervous. About 38 percent of blacks were homeowners in 2009, compared with 56 percent of whites, according to Mr. Frey at the Brookings Institution.

Some of these poorer residents saw revitalization as code for efforts to drive them out, and the building of dog parks and bike and streetcar lanes as efforts by affluent whites to re-arrange spending priorities to suit themselves. That perception surfaced during the Democratic primary last year and was used — many say unfairly — as a criticism of Adrian M. Fenty, who was then the mayor.

“Fenty did things that were attractive to white people,” Marion Barry said in an interview. Mr. Barry is the storied former mayor who served time in prison, but is still so adored by his black constituency that he has remained in elected office.

Sterling Tucker, a former civil rights activist and City Council member, who now serves as the president of the National Theater, strongly disputed that characterization. “Most of Washington would regard what is happening on U Street and H Street as very positive,” Mr. Tucker said, in a reference to two traditionally black neighborhoods.

He added: “There are some blacks who like the image of blacks in control, but I’m not sure what that means. I think they are worried about losing political influence.”

The Rev. Cheryl J. Sanders, the pastor at the Third Street Church of God, in the Mount Vernon neighborhood, argues that race is important, particularly in gentrifying neighborhoods like hers. Her plan to raze buildings on church property to make room for more parking was blocked by her local neighborhood council in a vote that was divided evenly along racial lines. Blacks voted in favor of the church, long the social heart of the black community, and whites, concerned with preservation, opposed it. City preservation authorities later struck a compromise.

At stake, Ms. Sanders said, is the face of the nation’s capital and who gets to shape it. That privilege has special meaning here in Washington, whose black-majority government has given jobs to African-Americans and a way into a middle class that they had long been shut out of.

“It’s a question of who has the power to determine what this community is going to look like,” she said. “I want to have a voice in that. I don’t want to be told to ‘sit down and shut up while we cast the vision for the city.’ ”

Similar anxieties sprung up on H Street last fall, during a failed attempt by the area’s majority-white neighborhood council to ban the sale of chicken wings in a newly opened 7-Eleven (the bones attract rats and choke dogs, they argued). Other restrictions, like leaving hair salons off the list of businesses eligible for future development assistance, strike Ms. Johnson as attempts to erase the traditional character of the neighborhood.

Albert Hopkins Jr., a property owner in Ward 8, said romanticizing the past was misguided.

Anwar Saleem, a former city bus mechanic who owns a women’s hair salon on H Street, said the streetcar offered the promise of future profits. He wants support for older businesses, but said he was already planning for the future, changing the name of his salon from Hair Rage International to Salon on H.