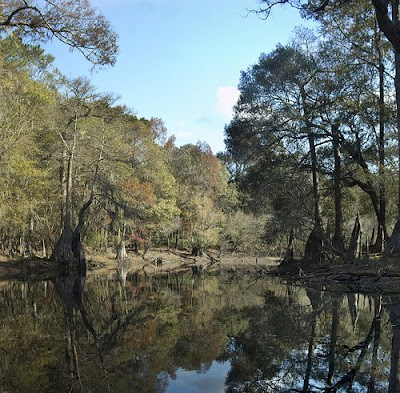 Located in the Southeast corner of Georgia is a quiet area known as Ebenezer Swamp. But it is said that whenever the swamp becomes swollen from rainfall that cries from spirits dating back to the Civil War pierce the silence.

Sometime in November of 1864, Union General William T. Sherman was told of alleged atrocities taking place at Camp Lawton, a Confederate prisoner of war camp located near Millen, Georgia. There are conflicting accounts of the validity of these claims, but upon hearing them, Sherman vowed to free his comrades and ordered his troops to begin marching South towards the camp.
However, before Sherman arrived at Camp Lawton, the Confederate troops stationed there were made aware of his approach. As a result, when Sherman entered the camp a month later, he found it deserted. Incensed that he was too late, Sherman ordered the entire camp burned to the ground. He next ordered his troops to continue moving south in pursuit of the Confederates who had vacated the camp.
As Sherman’s troops continued south, they began to attract a large number of slaves. To many of these slaves, Sherman’s troops represented a chance for freedom. Soon, entire slave families began gathering up their meager possessions and following the Union troops. There are reports that by the time the soldiers reached Ebenezer Swamp there were over 2,000 slaves with them.
Upon reaching the area surrounding Ebenezer Swamp, Union troops found that the heavy rains caused the riverbanks to overflow, washing away the roads. It was also discovered that while they were retreating, Confederate soldiers had destroyed the bridge over Ebenezer Creek, which was the only way to cross the swamp. In addition, nearby Confederates had begun to sporadically fire upon the Union solders from their hiding places along the Savannah River.
Seeing the need to cross Ebenezer Swamp as soon as possible, Union General Jefferson C. Davis immediately ordered the construction of a crude bridge. Davis also began to worry that the large number of slaves would impede his troops’ progress. As so, Davis gave orders that the slaves were to stand aside and wait until the Union troops had all safely crossed first. 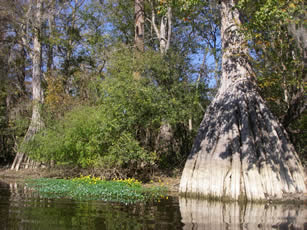 On a dark, rainy night, the bridge was finally completed and Davis gave the order to cross. As instructed, the slaves stood silently and waited for their turn. However, as the Union troops crossed, Confederates opened fire. In the darkness, it was unclear as to where the Confederates were stationed. Davis feared that the enemy would use the bridge as a means for attacking his troops from the rear. And so, as soon as the last of his men were safely across, Davis ordered the bridge destroyed.
Upon seeing the bridge collapse, fear raced through the crowd of slaves gathered at the water’s edge. They had all heard the horror stories from other slaves and were convinced that if the Confederate Army captured them, they would be killed. And so, one by one, thousands of men, women and children jumped into the raging water in a last-ditch attempt at freedom.
Davis ordered his troops to ignore the cries for help and to continue moving forward. And while there are accounts of a few Union soldiers felling large trees in an attempt to create a makeshift bridge, the sad fact is that most of the slaves were simply left to drown. It is said that so many perished in the water that for some time after, their bodies piled high enough to create a macabre dam before finally washing away. 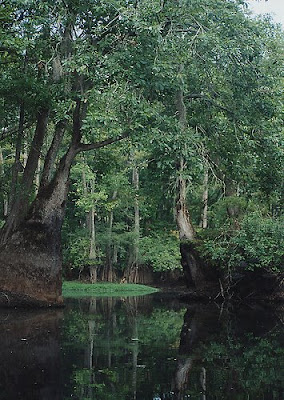 Today, if you find yourself in the area surrounding Ebenezer Swamp during the rainy season, you will undoubtedly hear the stories. For many claim that on dark, rainy nights, you will still hear the ghostly cries of those who bravely struggled for freedom—-a freedom that many of us today still take for granted. (source: The Ghosts of Ohio)