Can you tell the difference between Shakespeare's sonnets and hip hop lyrics? By rapping some of Shakespeare's famous lines, Hip hop artist Akala reveals the striking and enlightening parallels between today's hip hop and the Bard's plays.  (source: TED Talks)

As reported by The UK Guardian  "Shakespeare: How do I compare thee to hip-hop? Mobo award-winning rapper Akala is running a series of workshops for teenagers on the links between Shakespeare and hip-hop," by Andrew Emery, on 15 April 2009  --  In a community hall in Hoxton, London, a small piece of alchemy is taking place. A group of teenagers who only minutes before were fidgeting with their mobile phones, are up on stage reciting one of Shakespeare's best known sonnets in rap. It's on a damp spring morning that they're comparing thee to a summer's day, but how did they get here?

Well, it seems they're a part of the burgeoning hip-hop theatre scene. But this isn't We Will Rock You for rap fans, it's a rapidly growing exploration of hip-hop as a performance culture being undertaken by at least nine different theatre companies around the UK. The Arts Council is providing funding to at least four companies which specialise in hip-hop theatre, while the likes of Hype Dance Company in Sheffield and Zoo Nation are taking the dance elements of the culture that gave the world breakdancing to a new audience.

Mobo award-winning rapper Akala (also known as younger brother to Mercury-prize winning Ms Dynamite), meanwhile, is running a series of workshops that tease out the links between hip-hop and Shakespeare. But why? "I actually did a song called Shakespeare three or four years ago," says Akala, "It was a comedic parody that I was the rapping reincarnation of Shakespeare. Not that I am, but there is a genuine relationship between poetry of all forms and that song made me ask – if Shakespeare was alive today, would he have been a rapper?" My kneejerk reaction would normally be to reply: wouldn't he just be a playwright? We do still have those. But Akala makes a compelling case: "Rap gets a hard time based on this new school of MCs from America who only rap about tits and arse and jewellery. But if you look at real hip-hop, your KRS-Ones, your Chuck Ds, it's poetry, it's social commentary, it's documenting history. And in three or 400 years, people will probably look upon it as such. There were those who frowned upon Shakespeare's work in his time, but it was a reflection of reality."

The nine teenagers at today's workshop aren't here because of their love for the Bard. In a Q&A session, only two of them say they'd have come if today hadn't involved rapping. That begins to change when Akala engages them in a series of exercises that explore the close relationship between the rhythms of modern hip-hop and the iambic pentameter of Shakespeare. He hands out cards printed with a couple of lines. We have to decide whether they're the work of the playwright or a rapper. It's harder than you'd think. The kids are adamant that certain words and phrases are those of a rapper, but they're actually from Shakespeare. And vice versa. It's a hook, and it's only half an hour later that they're translating Sonnet 18 into hip-hop verse. 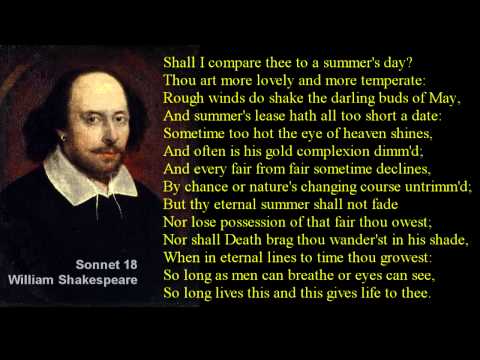 Some of the kids tell me that they hate how Shakespeare is taught at school – how boring the approach is. But will this send them scuttling back to Othello with a fresh eye? Akala says the aim isn't that limited: "It's about showing them what's attainable. And if Shakespeare is presented as the most unattainable, highbrow entity, but then it's made relevant to them, what else might be? It's part of a wider effort to open kids up to what they wouldn't traditionally be interested in." Chanelle Newman, project manager for the Hip-Hop Shakespeare company, is already seeing the effects. "By the end of the workshops you get to see that it opens their mind up to other things such as theatre acting or going to see more Shakespeare plays. "

The danger – if there is one – in such an approach, is that it might be seen as both patronising and naff to use hip-hop as a backdoor to introducing young people to what is often viewed as "high culture". Is turning Sonnet 18 into a rap the equivalent of turning children's food into funny animal shapes in order to get them to swallow something unpalatable? Keith Saha runs the innovative 20 Stories High theatre group in Liverpool and he thinks it can be if it's handled wrongly. "All sorts of industries use hip-hop as a branding tool to sell to a yoof market that they don't understand and can't connect with," he says. "Unfortunately, the arts, and theatre in particular, is one of them. Akala is a great example of a genuine artist who has a passion for both hip-hop and Shakespeare and what he does really works. But a lot of the time big arts organisations are clueless in how to attract young people to their venues; they have boxes to tick in terms of attracting new audiences and the results can be embarrassing, misguided and often offensive."

Saha points to innovators such as physical theatre pioneers Benji Reid and Jonzi D as people who are making a difference in bringing these seemingly disparate strands of culture together – largely because they're from a hip-hop background. Akala feels that people might see it as patronising, but if they do it's because they don't understand the cultural import of hip-hop. "By calling things 'high culture', we're viewing something as having more value because of the way it's presented. Shakespeare isn't any more of a high culture than hip-hop," he says. "The most sacred histories of ancient African nations were recorded by a man known as a Griot, who was effectively a rapper. He would recite the nation's history over a beat of a drum. So when hip-hop is put back in its proper cultural context as a tradition that dates back hundreds if not thousands of years, you realise that it is the same as The Iliad. Sir Ian McKellen said he didn't fully understand the connection, but after seeing the workshop, he did. He's one of the most respected Shakespearean actors of our time, and to have someone like that take what you're doing seriously, shows how much of a genuine parallel there is."

Akala has convinced at least one of our teenage attendees, AJ, who is busy exploring the thematic similarities – love and desire, wealth and poverty – between rap and Shakespeare. AJ says: "Because hip-hop tells stories, Shakespeare is a good subject. And with the music and the beats and the rapping, it makes an old subject brand new." He's also made a convert out of this rythcynic. As a former teenage rapper (a dismal one), and a writer about hip-hop for the last 18 years, I was convinced such a project would manage to demean both Shakespeare and my beloved music by softening their more difficult edges in order to slot them together. But it's precisely their spikiness, their engagement with real life, their playfulness with language, that makes them such perfect bedfellows. Hip-hop and Shakespeare might seem like madness, "yet there is method in't".  (source: The UK Guardian)